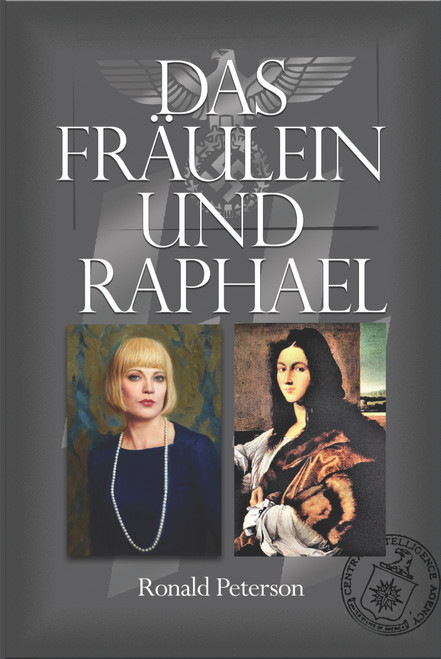 Das Fräulein und Raphael is a historical novel of the survival and ideological change of Kathryn Steiner, a young, beautiful, well-educated, and intellectual woman originally committed and loyal to the NSDAP (Nazi Party).

Kathryn has connections at the highest levels of the Third Reich and uses her extraordinary survival skills to escape war-ravaged Germany in 1945 for New York City. After graduation from Columbia Law School, Kathryn becomes a US citizen and converts her political ideology from Nazism to democracy and capitalism. She is recruited by the newly formed CIA and, at the beginning of the Cold War, she is assigned to the US Embassy in Moscow as a spy and assassin.

Das Fräulein und Raphael highlights key events involving the United States, Britain, the Soviet Union and Germany as participants in the origin of the Cold War, during the period 1942 through 1948.

Ronald Peterson holds a master’s degree in applied mathematics from UC Santa Barbara and a master’s degree in computer science from UCLA. When his wife, a US Army nurse, received orders from Fort Ord, they moved to northern California where he began developing proprietary database products for IBM. When they later moved to West Germany, he worked at IBM’s Böblingen Programming Laboratory just outside Stuttgart.

During his three years in Western Europe, Peterson met several ex-SS and ex-Wehrmacht members and developed a keen interest in the Third Reich. Peterson began an expensive hobby of collecting rare German military documents, books and photographs, several of which appear in this book. He is an expert in most events that occurred in the European Theatre of Operations from 1940 through 1945, and his enthusiasm and acquired knowledge are the motivation for this book.