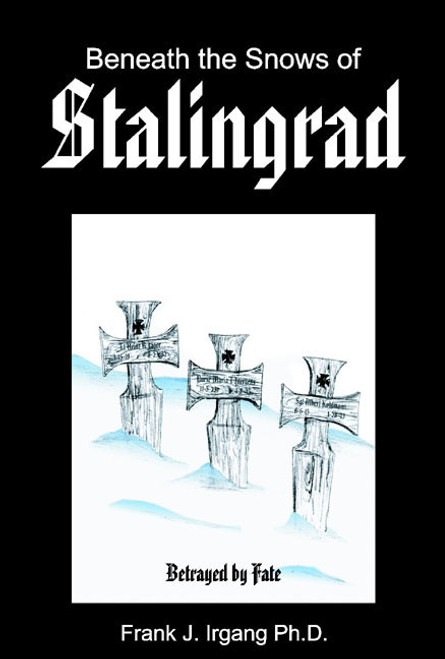 by Frank J. Irgang, Ph. D. Erich Stecker is an aspiring doctor from the small Bavarian village of Holzheim; he is engaged to nursing student Maria Juergens. However, their personal plans are interupted by Hitlers invasion of Poland. Because of the tide of nationalism and egotistical ambitions of a despotic dictator, fate ultimately overcomes the future Erich has planned for himself, Maria, and their families in peaceful, pastoral Holzheim. Maria becomes a member of the Army Nurse Corps. Erich is selected for Hitlers Special Forces, the Deathhead Brigade. The soldiers are ordered to assist the German Sixth Army in capturing Stalingrad, a contest between the egos of two tyrannical dictators which proves to be one of the worst warfare experiences in history.
"What distinguishes Mr. Irgang from other authors is his ability to restrain himself from moralizing or influencing the judgements of his readers. He simply tells the story...More now than ever, it is important for people to read about the human consequences of war..." --A reader ABOUT THE AUTHOR: Dr. Frank Irgang grew up in Lapeer, Michigan, earning a Ph.D. from the University of Michigan in 1955. He taught in public schools in Michigan for five years before accepting a position at San Diego State University. A professor emeritus and active member of organizations including the American Legion, Disabled American Veterans, San Diego Writers and Editors Guild, and Veterans of Foreign Wars, Dr. Irgang currently resides in San Diego with his wife, Virginia, and enjoys traveling to historical sites around the world. He has published two previous books, "Etched in Purple" (1949), based on his own wartime experiences from Normandy to Berlin, and "The Wyandotte" (1997), an historical adventure of the French and Indian War.
(2002, paperback, 316 pages)
×

Being Betrayed By Two Attorneys