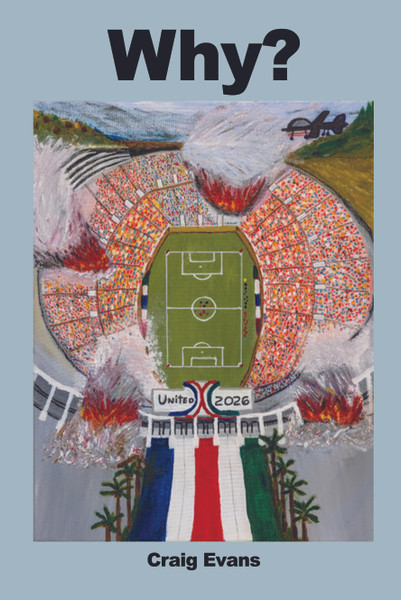 Imagine it’s the Spring of 2077 and you asked your AI to search a list of the day’s best-selling
Memoirs/Biographies. At the very top is a book about a man who it was reported had done
much good for the world. Your friends are talking about his story, his families and about
another man whose actions brought them all much pain and suffering. What you’d be about to
read is our book “Why?”, a true memoir from the future.
During a long life replete with good luck, fortune, hard work and tragedy, our hero, Jason
Carlisle, emerged as a paladin for those both near and far. After becoming the nation’s first
billion dollar lottery winner in 2016, he and his wife Aimee decided to conceal this. The next 60
years of his life were devoted to influencing global advancements and supporting thousands of
worthy local initiatives
This book is a compilation of stories, many written by his family, who first learned about his
generosity only a few weeks after his death in 2076. Jason Carlisle’s brother, Jordon, took on
this project to insure that the world would learn about all the good his brother achieved. In the
process these stories highlighted the eternal love of a conventional nuclear family and the
importance of its family homesteads in Bristol, Rhode Island, Charleston, South Carolina and
Flagstaff, Arizona.
With the 2022 World Cup Opening Day festivities over and the matches underway in Qatar, the
author has now allowed “Why? to be released it to the public. According to author Craig H.
Evans, “Since one of the scenarios of my novel involves a terrorist attack on the opening day
venue of the 2026 North American World Cup, out of an abundance of caution, I held up my
book’s launch until Monday, November 21 st , after this Cup’s first match near Doha, Qatar. The
last thing I wanted was to be caught up in some conspiracy investigation had something
devastating happened for real”
Anyone who enjoys reading memoirs and biographies, family sagas, books of political intrigue
and confounding relationships, you will enjoy “Why?”.

After spending forty years as an itinerant executive working in a variety of health care
industries and amassing a collection of life experiences while residing in numerous States, Craig
H. Evans decided it was time to create that novel ready to bust loose. As a lifelong soccer player
and fan, it’s not surprising that his passion became a major theme in his book. His fascination
with politics, futurism and leadership styles is also on display. Most importantly, as a
grandfather of five, his inspiration for his main character was his obsession with leaving behind
a better world. The author and his wife call Bristol, Rhode Island their final destination.

Why Not Squash - eBook