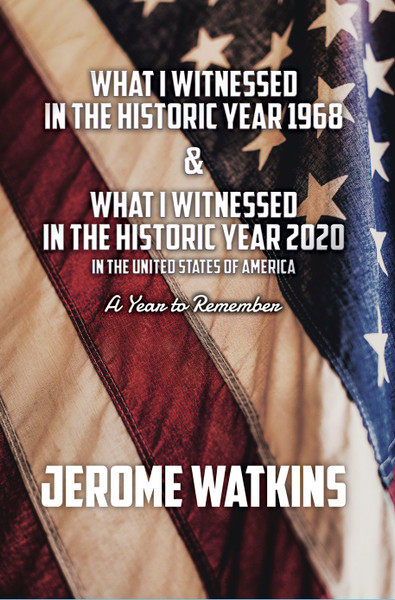 I saw violence and social unrest as a sixteen-year-old high school junior in 1968, which history has documented and recorded as the most tumultuous year in American history. More than a half-century later, as a sixty-eight-year-old senior citizen in 2020, I saw in real time, in particular due to technology, another tumultuous year of violence, killings, mass murders, riots, social unrest, and unbeknownst to me, I walked into live looting and vandalism on the streets of Chicago which was shocking.

A Child Protection Specialist for twenty-six years, Jerome Watkins now teaches law classes here in the United States and abroad. He holds a Bachelor of Arts Degree and a Juris Doctor Degree. Watkins volunteers and mentors students, and he has taken students on various educational trips in the United States and abroad. He is also a football and basketball referee, and he plays the piano. Watkins has two grown sons and is registered as a foster parent.

The Bottom of the Ocean - HB

Random Encounters with the Supernatural - eBook