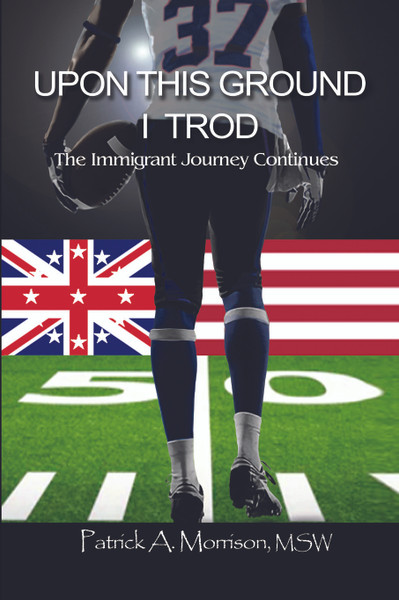 By: Patrick A. Morrison, MSW

is the continuation of Patrick A. Morrison's first book, Before Common Ground: Journey of an Immigrant Football Player, and gives a behind-the-scenes look of the life of an NFL rookie and the challenges Morrison faced during his life transitions.

As an NFL rookie, Pat attempts to navigate the politics of professional football with the hopes of providing the quality of life that he yearns for, not just for himself but for his mother and newborn daughter. Endurance, perseverance, and resilience push Pat to strive for success in the face of setbacks and never give up on his dream.

“Having recruited Pat to Southern Connecticut back in 1982, I have had the pleasure of watching Pat grow and develop exponentially as a football player and more importantly as a man.

He fulfills his responsibilities as a husband and father with the same ferocity he exhibited with his tackles on the football field.

I could not be prouder of the example Pat has set for all young men who wish to make a positive difference in our country.”

Patrick A. Morrison, MSW works in telecommunications and has a master’s in clinical social work. He volunteers doing food distribution with the Bethesda Baptist Church of New Rochelle, NY. He resides in Connecticut, and he is married with three children. In his free time, Patrick enjoys playing golf, reading, and practicing Jujitsu, in which he is a black belt.

Upon This Ground I Trod: The Immigrant Journey Continues - eBook