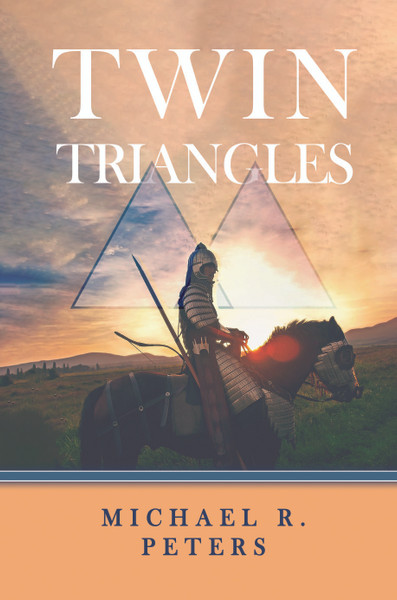 Twin Triangles introduces us to a tightknit squad of Marines who planned a fishing trip as a reunion. While out at sea, their boat vanishes. They find themselves on the other side of the world, battling against an ancient enemy for survival. The Bermuda Triangle has shifted onto the American mainland. Soon more than a thousand people vanish and are collected by the "Earthquake Squad."

It is up to the former Marines to protect the arrivals and find a way to get everyone home safely. Not only do these people travel across the world, they travel back in time. Could there be another portal to bring them back home? Is there a Twin Triangle?

As a young man Michael R. Peters was active in many areas. He started his first job at eleven years old, working on a farm before and after school. He was a member of the Future Farmers of America (FFA) and was a county officer.

Michael ran on the high school track team and the cross-country team, where he held multiple varsity awards. He was also active in the Boy Scouts of America, where he earned 54 merit badges and the rank of Eagle Scout. In school, he took multiple college courses and was accepted to a few major universities. Being from a large family, they could not afford tuition so Michael never attended college. He followed family tradition and enlisted in the United States Marine Corps.

After getting out of the service, Michael worked a few jobs and traveled a bit. He has always enjoyed rock music and attended as many concerts as he could. He has a daughter from a previous relationship and raised two girls as their foster parent. The kids are grown with families of their own. Michael and his wife have two dogs and a cat as their family now.

Let's Not Go There: A Narrative Concerning Certain Biblical Neglected and the Passed Over Fullness of Some Scriptural Texts: Are We a Shared World