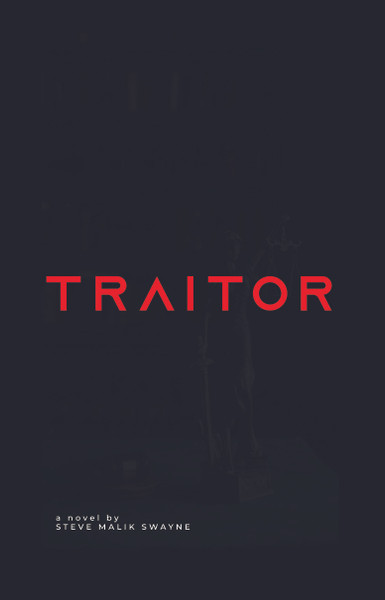 Traitor is a psychological thriller about musician Xavier Ruffin, who started life on the wild side. Growing up in Las Vegas, he came up in a world of gambling, sex, and drugs.

In pursuit of more than what Las Vegas has to offer, Xavier takes his entrepreneurial proficiencies on the road, ending up in Albuquerque. His lavish lifestyle quickly gains the attention of those around him, and he befriends a crew of like-minded individuals. Over time, Xavier and the three of these men become close-knit friends.

Tyson Carter is one of the men Xavier’s newfound crew, and he and Xavier become very close. During their days of partying and living young and wild, Tyson begins studying law. Over the years, different avenues of life pull the men away from each other. Xavier begins losing focus on what life is all about and involves himself with the wrong crows, indulging in drugs and criminal activity. He eventually ends up being blamed for a murder he did not commit.

During his trial, Xavier reaches out to his old friend Tyson, who now works for the DA’s office, in search of help, only to be shot down. Tyson doesn’t acknowledge what was once was a friendship and lets Xavier take the fall for a crime he didn’t commit. This makes Tyson a traitor in Xavier’s mind.

While incarcerated with a twelve-year sentence, Xavier is constantly haunted by the betrayal of his once close friend and vows to make Tyson pay for every year of freedom Xavier lost. Upon release from prison, Xavier, now emboldened with vengeance, is bent on pursuing retribution and turns his wicked intention of revenge into a callous game of payback.

Whispers from the Lord