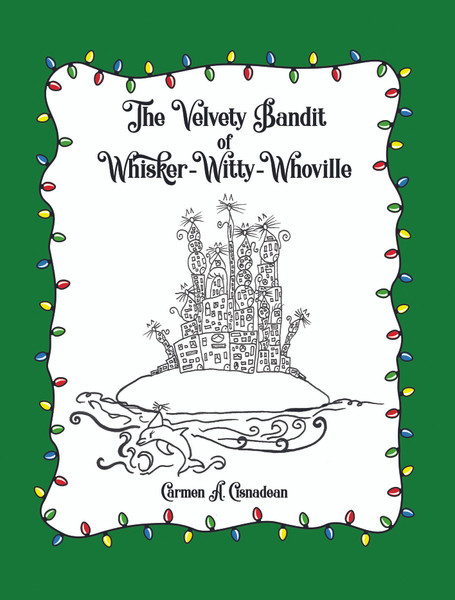 The Velvety Bandit of Whisker-Witty-Whoville

Captain Cool is the lead detective of Whisker-Witty-Whoville. He maintains discipline and order when dealing with the island's citizens: the Piracats, the Educats, and the Gentrycats. Despite his efforts to foster a perfect society, Captain Cool still makes it on "Catzanta’s naughty list" each year.

When he encounters "The Velvety Bandit" and her Velvety-Bandit-wanna-

be-friends on MerryCatsDay, Captain Cool's heart finally turns from cold to warm. To his surprise, The Velvety Bandit turns out to be the guardian of Whisker-Witty-Whoville's Catorphans whose very existence is ignored and neglected.

A Christmas story about bravery, social awareness, the gift of adoption, love, and making a positive difference in society, The Velvety Bandit of Whisker-Witty-Whoville reminds readers that when we do our part and do it well, love will win.

Carmen A. Cisnadean is fascinated with the study of human development, the power of the mind over matter, and the depth of all things. She has taken several courses in psychology in order to better understand human behavior and what drives that behavior. Carmen adores a great sense of humor and believes that a healthy dose of humor can do quite a lot for the human soul. She is a self-made woman that believes in the beauty of authentic artistic expression, in the idea that dreams can be attained with much perseverance and hard work, and in the ability to be a positive influence in the world. As an advocate for positive change, she highly supports the attitude that it's never too late to change the course of one's life. She strongly believes that only via continued learning and enlightenment, two hallmarks which she regards as beacons of personal growth, along with the desire to do good in the world, can human evolution rise to make the world a better place. If you were to peek through her windowpane most evenings, you would find Carmen working on her next book or sketching out a new invention, occasionally sipping on hot chamomile tea while considering her progress, once in a while shouting out words as beautiful and as unordinary as: “Ad astra per aspera!”

The Velvety Bandit of Whisker-Witty-Whoville - eBook

A Tao for Now: The Music of Lao-Tsu - eBook

How to Harvest God's Blessings in Your Marriage - eBook