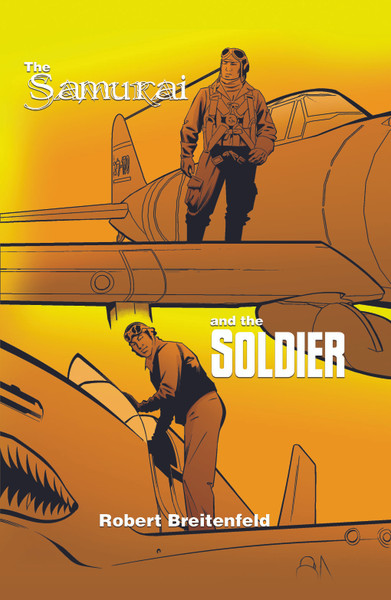 Haunting tale of two warrior brothers whose fate it is throughout time to engage each other on opposite sides in battle. This time they meet on the terrible air and sea battlefields of World War II’s Pacific theater. Each is an ace pilot—one for the Allies, another for Japan. And each, though full of high regard and affection for his brother, must, nevertheless, lock arms in conflict. Woven throughout this moving and powerful story is a meticulously researched account of the course of the War in the Pacific. The Samurai and the Soldier, a double bull’s eye for the lucky reader!

Robert Breitenfeld lives a simple life taking care of his elderly father and working full-time in health care. Sometimes during his spare moments he likes to build model kits, and he enjoys his computer. The Samurai and the Soldier is only one of many stories that his friend and he used to tell as children. With this book he explains, in depth, about their two main characters. Breitenfeld touches on their long history together and places them in his favorite time period, World War II.

The Samurai and the Soldier - eBook

What's In Your Alabaster Box?

When I Was a Child