The Mouse and The Blue Jay 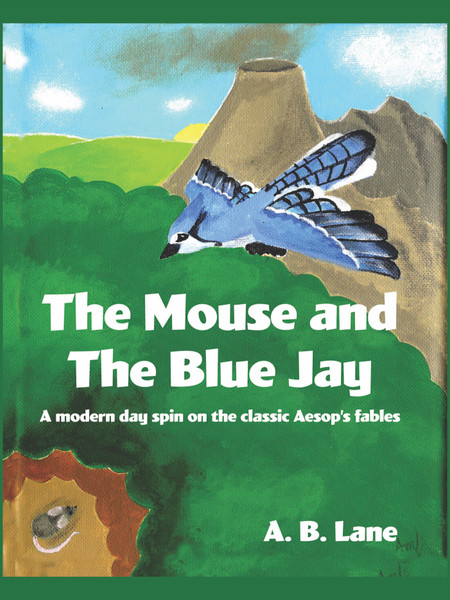 The Mouse and The Blue Jay

The Mouse and The Blue Jay: A modern day spin on the classic Aesop’s fables

There’s a volcano erupting in the forest, but is Blue Jay the only one around who notices? In his efforts to warn the others of the danger, he encounters Mouse, who denies that the eruption even exists at all. Over the course of their argument, others gather, and sides form: those who believe the eruption exists and those who don’t. Mirroring the morality tales of Aesop’s fables, The Mouse and The Blue Jay explores the idea that sometimes it’s okay to admit when you’re wrong, especially when what you’re denying is such a clear and present danger.

A .B. Lane is the mother of two children and is engaged to the love of her life. Her hobbies include poetry, painting, and video gaming. She currently suffers from undiagnosed medical issues that affect her physical ability, and because of this, she plans to use some of the proceeds from The Mouse and the Blue Jay to regularly donate to women’s health.

The Mouse and The Blue Jay - eBook