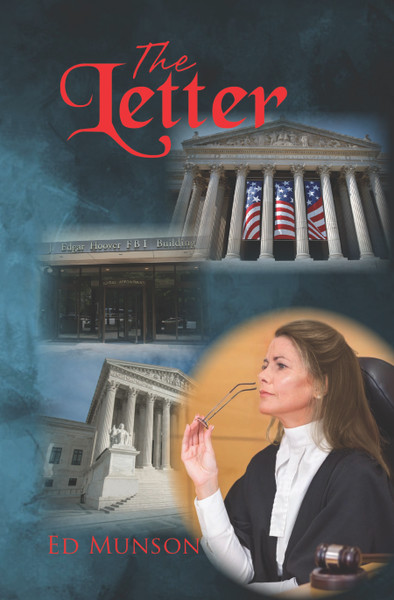 United States Supreme Court Justice Bailey Stewart, well known for her honesty, fairness, and consistency in interpreting the Constitution, becomes privy to some startling revelations, ones that will test her curiosity to know more and determine what might the public have a right to know.

Befriended by an unknown, but seemingly well-versed source identified as Ivanhoe, she becomes entrenched in what has been purported to be the truths, half-truths and outright fabricated mysteries of history. The fact vs. fiction debate could lead to revisionist history, but at what cost? Her legal mind races to put the pieces of the giant jigsaw together. She calls on her former college mentor, Dr. Mathew Brumfield, solicits the help of federal judge, Deputy Attorney General and special prosecutor Spencer Crockett and leans on her husband Dr. Zach Longfellow to guide her through a maze of information and potential landmines.

Initial Ivanhoe caches of information whet the appetite: The Kennedy Assassinations, curse for cancer, alternative fuel sources, Pearl Harbor, even alien visits. On face value, the 16 Ivanhoe letters are a good read, leading to detailed facts that delves into who knew what and when and did the government know any or all of this and keep it from the public’s eye?

As Ivanhoe has attested, all of the information since shared with Justice Stewart is true, and there is more. As for those who would stand to win or lose with such information, there will be a day of reckoning. Legal remedies have worked their way up the ladder to reach the Supreme Court.

At issue is what does the public have a right to know? You be the judge.

Aside from his successes in Major League Baseball and the communications industry, Ed Munson has maintained his love as a free-lance writer, including a movie screenplay, “treatments” for 30 would-be novels (The Letter, No Man’s Land, On Target, Threshold, Full Count, Last Chance, The Fountain of Youth, The Antique Collector, The Wish, Crossroads, K 23, The Link, Crossbow, The Crystal, The Whippoorwill Project, The Compass, Command Decision, Countermeasures, The Big Casino, The Domino Effect, A Game of Inches, Instincts, Enough, The Kilgore Manifesto, The Code Breaker, The Topaz Crystal, Heaven on Earth, The Poseidon Triangle, Silenced and The Equations) and various essays, poems, ‘words of wisdom’, newsletters, brochures, media releases, features, magazine and event program features as well as scripts.

His MLB career includes serving as an Official Scorer for the past 42 seasons for games in Anaheim and Los Angeles. His communications exploits have included serving as board chairman and president of companies, organizations and clubs as well as an executive producer for events and programs. Athletically he lettered in football, basketball, baseball and track in his younger days. He also earned his Eagle Scout badge at age 13.