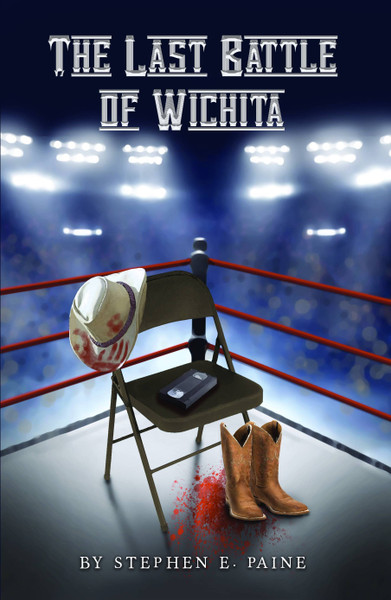 Set in the chaotic, testosterone-fueled, and sometimes dangerous world of professional wrestling—the last true land of the outlaws in America—The Last Battle of Wichita gives readers an entertaining and sometimes poignant look inside the world's most misunderstood sport. The story opens readers’ eyes to a world of colorful characters living inconceivably complicated existences, shedding blood and narrowly avoiding peril at the hands of zealous fans every night, in order to make a few bucks doing something most of the world views as little more than a fraudulent leftover from the carnival days.

But we also see these larger-than-life individuals as real people with families and dreams who suffer pain and battle personal demons…and have a hell of a good time along a road that may come to a dead end at any moment. The story explores powerful themes of fatherhood, family values, failure and redemption, and spiritual awakening.

The Last Battle of Wichita follows two men – father and son – both at odds with the tortured souls trapped within their broken and battered bodies. In their stories, separated by thirty-six years, Colt Younger and Joe Lee will head down parallel paths of redemption leading them to discover the one thing that matters most: finding something in life worth fighting for.

Paine also completed four novels during the age of COVID-19, co-hosts the podcast “Black Ink Red Film”, and was the writer, co-director, and co-producer of low-budget film Madness of the Foul. In addition to his writing experience, Paine has over thirty years of experience in management at manufacturing, pharmaceutical, and medical device companies, including Fortune 500 companies.

Paine is also an avid collector of exotic animals.