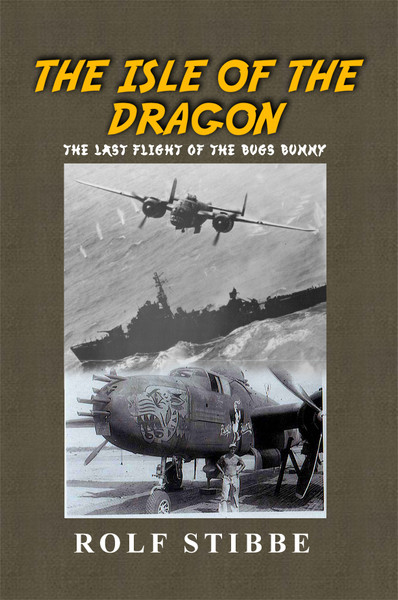 The Last Flight of the Bugs Bunny

In The Isle of the Dragon, author Rolf Stibbe portrays the heroism and courage of United States Army Air Corps flight crews during combat in World War II against the forces of Imperial Japan.

In the wake of the attack on Pearl Harbor, the Japanese swept all Allied military threats from the South Pacific, including the Philippines, Singapore, Malaysia, Dutch East Indies, Guam, and the Wake Islands. Facing peril and with death likely, a unique cast of characters make for a suspenseful, riveting read. Stibbe interviewed a World War II combat veteran who flew the B-25 Mitchell Bomber nicknamed “Bugs Bunny,” in New Guinea. It sparked his interest to write this jungle adventure story. Readers will be thoroughly drawn into the story and entertained as they follow the plight of the lost bomber crew.

Born to German parents in Milwaukee, Wisconsin. Rolf Stibbe has served the United States Air Force for over twenty years, in uniform during Desert Storm and Enduring Freedom. He has been an International Aviation magazine free-lance writer since 1997 in England and Australia. Stibbe has even been published with the Shingetsu News Agency in Japan. He is currently a member of ASCAP, American Society of Composers, Authors and Publishers, in New York City and a holder of numerous copyrights. His next venture is to publish a series of military books presenting the eyewitness accounts of soldiers from World War One till the present day.