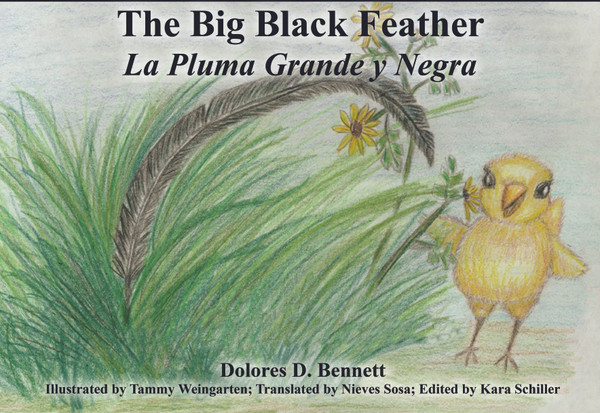 The little chick’s excitement suddenly turned into panic when it saw a big black feather outside the pen.   Frantically, the chick ran back to the pen and got reunited with rest of the chicks. Safe under its mother’s wings, the little chick asked a question about the big black feather outside the pen. That’s when Mother hen decided to tell them a very serious story, so that they can learn from it.

Dolores D. Bennett was born in the Philippines. She wrote articles about anything that inspired her to think or made her laugh. However, the demand of being a teacher made her put writing aside. After retiring as a GED teacher, she’d planned to go to Spain as a missionary in March 2020, but Covid-19 cancelled her plan. Being quarantined gave her the opportunity to write her biography, His Hand on Me which was published in 2020. In  2021, she republished her first children’s book: The Big Black Feather and wrote five new ones: The Wise Hen (a prequel to The Big Black Feather), The Hen’s Dream (a sequel to The Big Black Feather),  My Vaquita,  PupPup the Bully, and Stories of Boogie’s Friends.

Land of the Gnomes