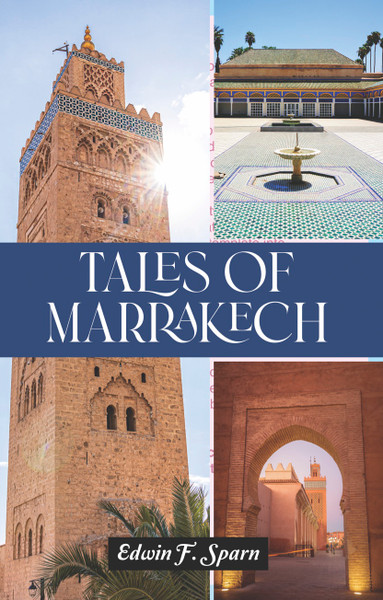 Corby Miller is a United States government agent residing in the bustling city of Marrakech. Corby’s aim is to protect the city and its citizens from a terrorist attack from Al-Qaeda. From the intelligence offices within the city to the streets and homes of its people, Tales of Marrakech is an intriguing look into Marrakech during the early 2000s.

Edwin F. Sparn grew up in the relatively small town of Grand Junction in western Colorado not far from the Utah border. He attended a Catholic elementary school and a public high school (class of 1949). Later, he graduated from Yale University in 1953 with a specialty in English literature. Sparn went on to attend the Russian Institute concentrating on the Russian language and Soviet areas. From the early 1950s through 1963, he served in the US army. Afterwards, he moved to New York City and worked in publishing. This is his second novel, the first being Catbackward—A Tale of the CIA.