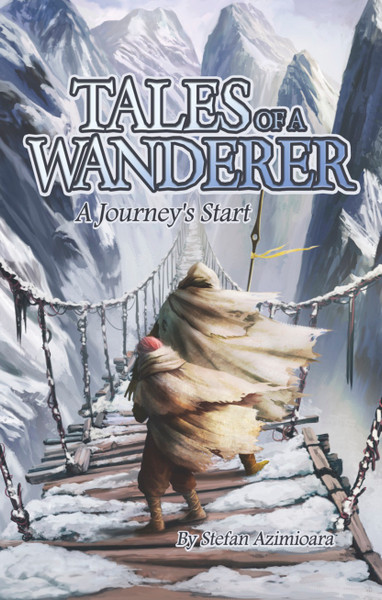 A small mountain town is ravaged and burned, leaving only a young girl, Revina, as the sole survivor. When she finds herself rescued by a cantankerous stranger, she'll enter a world of magic and mystery, and go much further from home than she'd ever dreamed.

Tales of a Wanderer tells the story of an exiled court magician, whose travels lead him to friends, mentors, and foes alike. Follow him into the world of grandmasters, fanatics of their craft, who hone their talents with the weapons they chose. And see how his travels eventually lead him right back to where he started.

Stefan Azimioara grew up focusing on the stories of others before his own, a situation which has helped him to see things in a variety of perspectives in fiction. He is the grandson of Romanian immigrant Corneliu Azimioara, stories of whom influenced the younger Azimioara. Stefan lives in La Jolla, California. This is his first novel.

Tales of a Wanderer - eBook