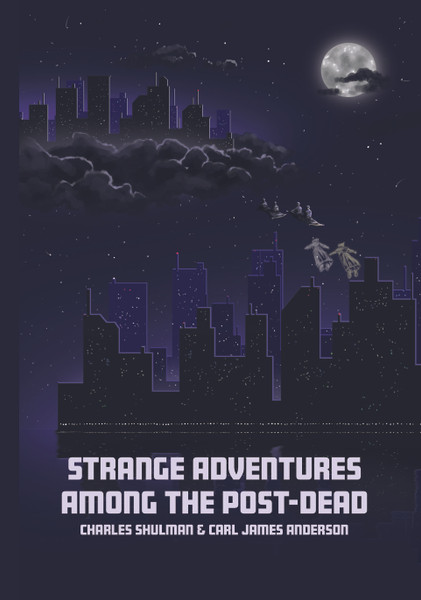 Life after death is not what you think. It’s not what Tom thought it would be, either. As a ghost, Tom soon realizes the post-dead world is far less organized than religion and literature would have us think.

Witty and gripping, this is a story about life after death and a climactic clash between gods who have different outlooks on the multiverse. In today’s polarized society, the book takes a much broader view of what is acceptable behavior, encouraging tolerance where it might have been lacking before.

Charles Shulman worked for the City of Los Angeles before working in industry as a customer service rep. After several other jobs in industry, Charles ended up as a solder-guru for a military contractor. He is the reason the Communists surrendered as he had been trying to get into defense for over ten years, only to find that shortly there would be no market for his talents (which explains why he thinks the gods have a sense of humor). So, Charles substitute taught until retirement. In his free time, Charles fought medieval style for decades. His other hobbies are history, reading, and gaming—especially RPGs, board gaming, and miniature wargaming. After two long marriages, Charles is now a widower.

Carl James Anderson is a graduate of the University of Minnesota with a B.A. in English. He is a poet and writer, with books published on Amazon including The Winding Way and The Song of Tarkyrion. Carl lives with his wife and three rescue dogs in Farmington, Minnesota.

This books ships in 7-10 business days.

The Thorn Among the Rosebuds - eBook

The Thorn Among the Rosebuds

Amazing Ware Made in the East Liverpool Pottery District - eBook