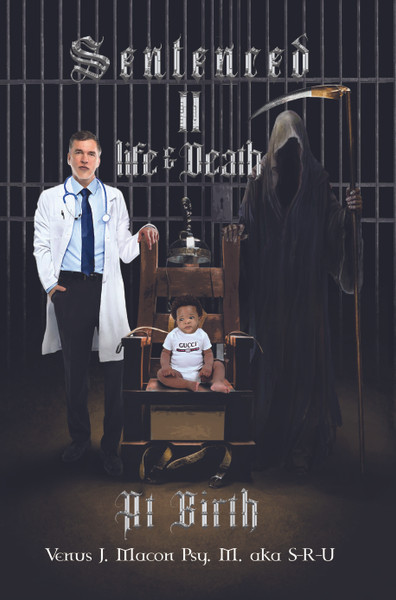 The title tells it all.

Sentenced II Life & Death at Birth is the story of a black male child growing up in the inner city of Detroit. Reared in a dysfunctional, but two-parent home.  Venus Macon, his mother, turned to drug addiction due to stress of his father’s criminal lifestyle, for he was often in and out of jail during Gee’s youth.

Continuing the dysfunction and following in his father’s footsteps, Gee did not finish school and became part of the vicious cycle. The painful truth of Gee’s story is provocative and eye opening. His memoir exemplifies and exposes the hard truth that young black children are seldom given a fair chance in society but offers hope to young black men growing up in hard circumstances. There is a better way. You have just got to find it.

Venus J. Macon Psy. M. aka S-R-U is a black man living in a white man’s world where violence is everywhere and often perpetrated by the government. Though his parents led a dysfunctional life while Gee was growing up, tried to keep him out of trouble, Gee was determined to fail.

Now the father of four children who will never see their father while growing up, Gee is learning from his past, and educating himself, and subscribing to the belief that there is a better way, even if he could not see it.  Now, he is eager to share his newfound wisdom with you, the reader, in the hopes of inspiring a better life and breaking the unfair cycle.

The Birth of Empress Rose - PB

A Death at the Potawatomi Club - PB

Twenty Yesses: Reflections on the Rosary and Its Mysteries

A Day in the Life