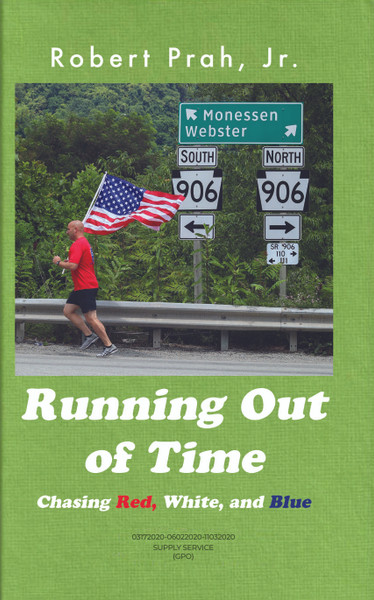 Running Out of Time: Chasing Red, White, and Blue

Originally created for his daughter to detail his run for public office, Running Out of Time: Chasing Red, White, and Blue chronicles this pursuit by Robert Prah, Jr. during a very challenging time in a district that has been historically “blue” forever.

It details his personal story of running for the Pennsylvania state legislature and all of the challenges that he faced, especially from previous relationships and social media. It talks about being the “underdog” running against a lifelong Democrat-turned-Republican, where, according to many polls, Prah was favored to win the special election. The author also highlights how several committee members, past candidates and elected officials have changed their political affiliation in recent years. This story is interesting in the sense that Prah ran in three elections (Special Election in March 2020, Primary in June 2020, General in November 2020) all during a global pandemic. It shares the ups and downs of running for office and how the pandemic and social media impacted the outcome of many races in November 2020. The author hopes that readers take away that social media has had an impact on our lives, both positive and negative, and especially in politics and elections. We tend to not look at candidates individually, but rather as a “D” or an “R.” We need to do a better job of evaluating candidates and asking questions rather than what we see on social media.

Robert Prah, Jr. is an Army Veteran, Army Reserve Officer, Commander of American Legion, life member of the VFW, and an educator. He enjoys running, biking, working out, scuba diving, sports, traveling, and spending time with his family. His interests include education, advocacy, and helping Veterans and their families. He and his wife have one daughter. Prah has a graduate degree in Law & Public Policy, with a concentration in homeland security. He is active in veterans service organizations, an adjunct criminal justice faculty member, and Director of Military & Veterans Affairs at a College in SWPa.