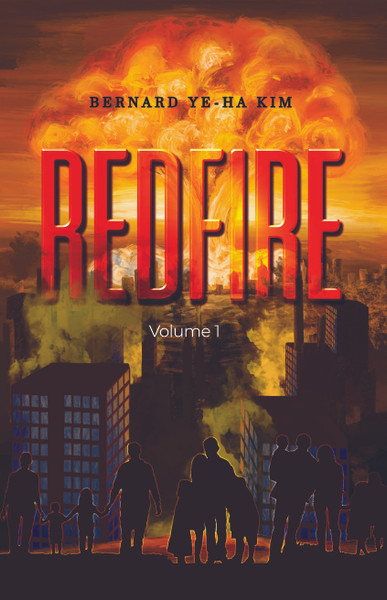 For decades, the world lived on a knife's edge. The two nuclear superpowers, capitalist America and communist Soviet Union stared each other down, thousands of nuclear weapons ready at the push of a button to annihilate all life on earth. And suddenly in 1969 in the midst of the Vietnam War the mushroom cloud appears for the first time in 25 years. The world braces for the apocalypse.

But it is not WWIII. The homes of the United States are safe, children not running duck and cover drills and the bombers not flying. No, the target of the Soviets are their fraternal communist allies, Mao's China, the two locked in a desperate struggle to which the nuclear taboo is the only choice to pursue lest the ancient Middle Kingdom falls to the Russian Bear.

Bernard Ye-Ha Kim takes you into this frightening alternate timeline and the even more frightening reality that had just been avoided, nations shifted, nuclear winter dawning over the world, and the death of idealism as both the capitalist West and communist East face the destruction their plans have wrought. Step up to the thrilling terror of what could of been in REDFIRE.

Bernard Ye-Ha Kim was born in the state of California, United States. He graduated from the University of Chicago. Besides his academic background, he learned the value of history and knowledge from his father, a pastor, and mother, a high school teacher. He is currently serving as an officer in the US Navy.

The Journey to Forever - PB