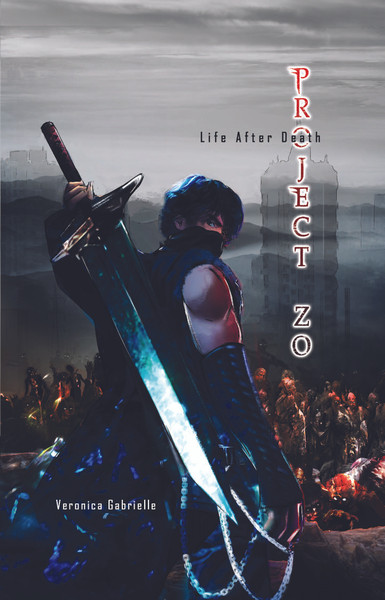 While the world is under siege by ravenous hordes of the living dead brought about by incurable disease, there is one particular man, who, though infected by the virus, did not submit to a mindless death, and his new transformation led him to a heightened state of being. Without memory of his former life, he lives an undead but intellectual existence under the alias “Zo.” Or rather, “Project Zo,” as he lives confined in a lab hidden underground in the center of Las Vegas, under the supervision of a corporation called A.N.A., who uses his unique gifts to combat the hordes of undead thatcongregate just outside the city walls.

When a newly hired scientist named Setu Lien suddenly piques Zo’s interest and the pair form an inexplicable bond, Lien becomes overzealous in her research to help him discover who was and how he came to be, which culminates by her initiating contact with Zo in his quarters—an interaction expressly forbidden by the Corporation, and Lien is forced into quarantine with the undead and other failed experiments.

Now, Zo must work past his sense of apathy to rescue Lien, or forfeit the only chance of regaining his memory and finding out just what makes him so special.

Veronica Gabrielle is a single mom, born and currently living in McAllen, Texas. A devoted parent, her daughter Sarai is the highlight of her life and the heart of her writing. While she enjoys mustering up new stories out of the whim, during her leisure time, she fondly spends quality time with family, friends, and paw friends.

A Day on the Moon

The Love We Never Made: Feelings Don't Play by Rules