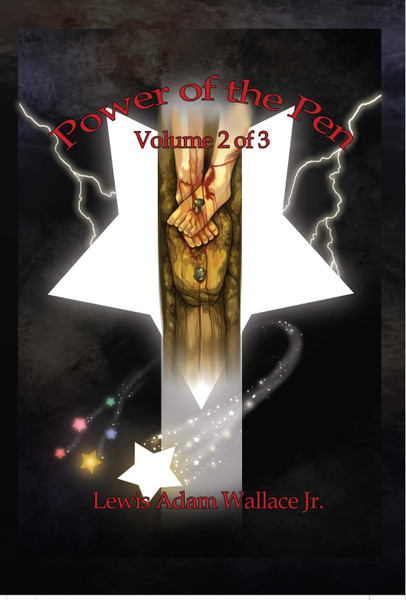 Power of the Pen is based on the author’s study of religion and Christianity for over fourteen years. He believes a real Christian life is a strong foundation to build a life on and it will help people learn how to change and grow. He hopes that this book will help the reader to sow the seeds for a growing and thriving Christian lifestyle.

Lewis Adam Wallace Jr. is a father of four beautiful children. He has a loving family and a large circle of friends. He enjoys writing, designing, singing in the choir at his church, and playing sports. Also, he enjoys being a positive role model to children. He hopes, after getting several books published, to foster his interest in designing religious action figures including Jesus, Satan, and the myriad of angels, devils, and demons with his sights on eventually producing movies or cartoons based on the figures. Wallace has been studying mechanical engineering for six years. He loves 3D design and art and hopes to meet the right people to make his dreams and passions come to reality..

Through the Eyes of a Cloud: A Bedtime Story

The Night Before Christmas?: A Poem and a Parody

Princess Tiffany: Adventures on the Farm