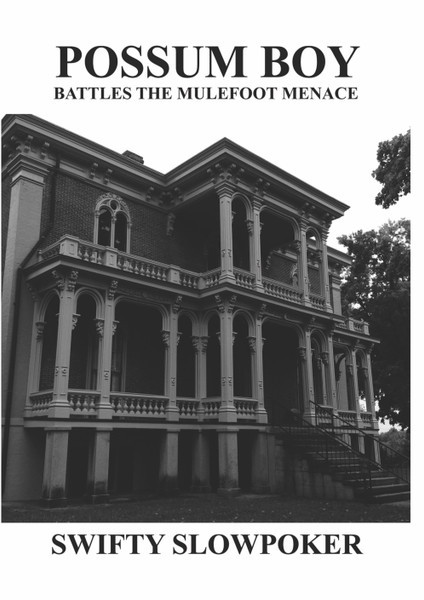 Eleven-year-old Delphus V. White lives a pretty idyllic life at Clover Bottom Hospital and School with his pals, the Blount Brothers. That is, until The Mulefoot boar comes into their lives. Named for his single, fused hooves, The Mulefoot wreaks havoc at Clover Bottom’s hog farm. The situation heats up when the CIA orders Delphus to terminate The Mulefoot with extreme prejudice! OR did Delphus just dream up that part?

Swifty Slowpoker spent his formative years in the custody of the Tennessee Department of Mental Health Services. Making good his escape during a Little Jimmy Dickens benefit concert, Swifty assumed a new identity and attended law school. After practicing law in Nashville for more than 25 years, he retired to the country to realize his lifelong dream of creating and selling artisanal beef jerky for dogs.

The Wild Boy Series: Book One: The Battle Maid - eBook

The Wild Boy Series: Book One: The Battle Maid