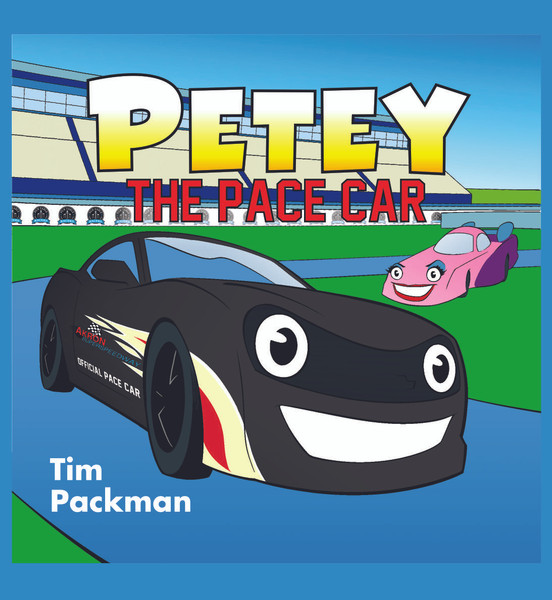 Once upon a time, Petey was a race car. He was very fast before some of the newer cars showed up and went faster. He loved to be around the track with his friends and fans, but knew his time as a race car was coming to an end. The track promoter knew Petey was a fan favorite around the track and didn't want to see him go. So, he become the track's Pace Car where he'd lead every race. Ride along with Petey and learn how you don't have to be in Victory Lane to be a winner!

Tim Packman is a native of Akron, NY just outside of Buffalo. He grew up around the short track's of WNY watching his dad and stepfather race, and uncle flag races. Tim started announcing and writing stories for race tracks before following his dream to work in NASCAR. He became an award-winning writer and published two previous books, "Bobby Allison - A Racer's Racer" and "Funny Dan the Race Car Man." During his NASCAR career, Tim has been part of two Daytona 500 wins, three championships and some big victories working at Dale Earnhardt, Inc. and Richard Childress Racing. He then became a track promoter earning Short Track Promoter of the Year honors twice. He is now the co-owner and host of Pub Table Racers online show and website. When not at races, he can be found cheering for the Buffalo Bills or finding the next KISS concert to attend.

“A compact and original picture book…both fun and informative.” – The Midwest Book Review

My Dog Has Super Powers!