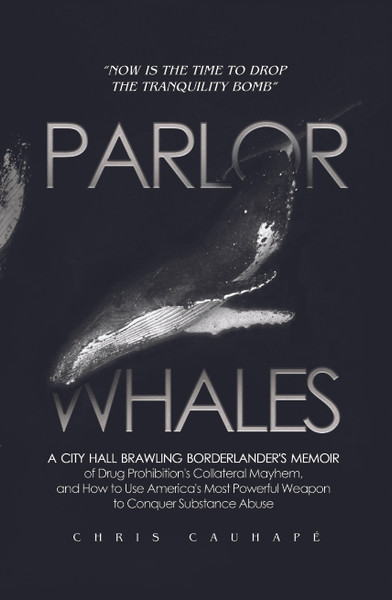 An intriguing, very personal up-close account of local politics and the devastating unintended consequences of drug prohibition from the viewpoint of a lifelong resident of the US frontier with México. The author is genetically, culturally, linguistically, historically and geographically connected to America’s southern neighbor. Cauhapé came of age just as returning Vietnam vets taking advantage of the GI Bill’s educational benefits brought back a very relaxed view of cannabis use from the battlefields of Southeast Asia and introduced that viewpoint to baby boomer classmates on college campuses throughout the US. Cauhapé dubs the resultant 1960s drug explosion “The Big Bong”.

Cauhapé,a self-described Anarchistic Constitutionalist, relates his experiences from harvesting lettuce and laboring at menial jobs to competing with laundered drug money and convict labor in the business world. He exposes how Corporate Socialism on the local level has bilked the taxpayer and how politicians’ obsession with incarceration has undermined societal tranquility and the very infrastructure of the entire nation while providing a world-class education in criminal activity for American jailbirds on the dime of law-abiding college students. Through more than a half-century of research and personal observation, Cauhapé indicts drug prohibition as the number one cause of drug abuse. He chronicles drug policy’s collateral damage in his own environment by citing crime in his barrio and the substance-abuse-related murders of friends, neighbors, and employees.

Parlor Whales offers a solution to chemical dependance and its monstrous baggage by utilizing the same devastating weapon that vanquished America’s opponents in The Second World War and the Space Race. That same weapon was the knockout punch in mankind’s victories over many other diseases that have haunted our species since day one.