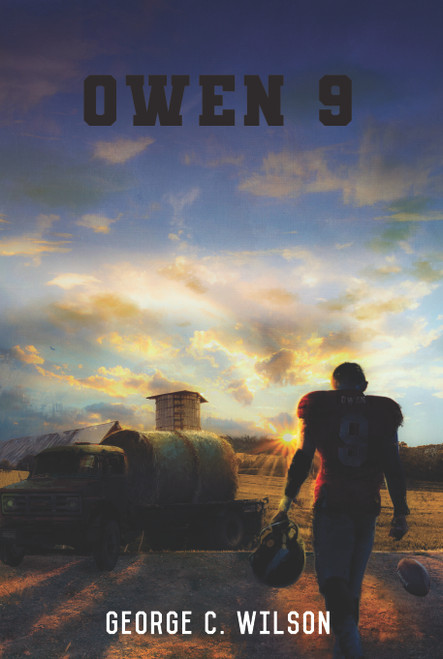 It’s a football story seldom told. Owen 9 is not a tale of triumphant champions or of loveable losers finding a way to win. It’s the story of the players and coaches of a bad high school football team in a fading Michigan town as they stumble through a season marked by constant failures, many comical and a few sad, as they face the inevitability of a winless season.

On the field and off, the antics and misadventures of the players provide comic balance to their coaches’ frustration with their irredeemable losing streak and the temperamental school administrators who threaten to cancel the entire football program.

Despite the book’s plentiful uproarious and enthralling scenes, Owen 9 is also a uniquely heartwarming story about high schoolers navigating love and loss – and the coaches and families who either cheer them on or drag them down.

With the world’s worst luck, will the Bear River Bears ever catch a break, or will they go…Owen 9?

George C. Wilson is a veteran Michigan educator – a school librarian – and coach. His career spans three decades of coaching the sports of wrestling and football. The story of the book is informed by Wilson’s experiences coaching some successful teams and some that were not at all successful. Along the way George C. Wilson also collected the stories and legends of coaches – friends – who experienced the highs and lows of high school coaching. Stories that began with “Here’s one for the books…”

Miracle of the Northern Lights