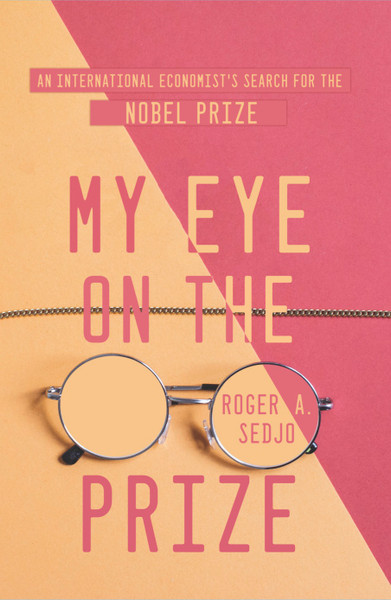 by Roger A. Sedjo

A memoir of the professional career of international economist, author, and Nobel Prize winner Roger A. Sedjo, My Eye on the Prize: An International Economist’s Search for the Nobel Prize details his efforts taken to capture the 2007 Nobel Prize.

A dream since he was small, Sedjo devoted a lifetime to earning the Prize, taking part in a variety of complex situations in many corners of the world, from Korea to South Africa and prewar Afghanistan to Brazil.

Retrace his steps to achieving his goal, which involved waiting for Kissinger in Zambia, providing notes for President George H. W. Bush’s speech at Rio ‘92 in Brazil, working for a Global model at a former hunting palace in Austria, and coauthoring the UN Climate Assessment report; and discover how the culmination of his experiences led to winning the Prize—by almost serendipitously stumbling through the side door!

Raised by loving parents in a working class family in Chicago, Roger A. Sedjo was a good but somewhat indifferent student going through the Chicago Public School system. During his school years, he participated in various sports and activities, including weightlifting and wrestling, in which he competed competitively. He received bachelor’s and master’s degrees at the U of Illinois, and went on to receive his Ph.D. from the U of Washington.

Throughout his career, Sedjo taught at universities, served overseas with the State Department, and spent 35 years with a Washington think tank. He has two children from his first wife. He has been married to his second wife for 35 years.

My Eye on the Prize - eBook