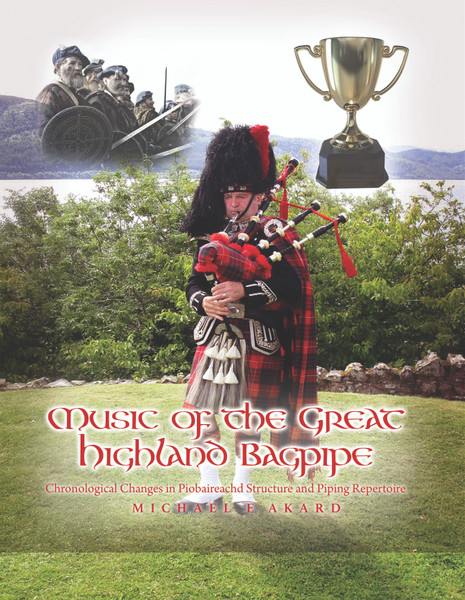 The music of the Scottish Highland bagpipe has gone through many changes over the years. Classical bagpipe music, which is known as “piobaireachd,” has been played for centuries, but the sound of this music as performed today is very different from how it sounded in the past. In Music of the Great Highland Bagpipe, Michael Akard traces the history of piobaireachd from its earliest performances up to the present day. Composed of carefully researched material and presented in an easy to read style, any reader can learn about the major historical, political, social, and technological changes that have influenced, and continue to influence, pipers and pipe music.

When not performing with local pipe bands, Michael Akard enjoys practicing classical guitar, organizing Scottish events with the Saint Andrew’s Society of Modesto, studying Scottish Gaelic, and traveling with his family. He attended Modesto Junior College, CSU Fresno, and CSU Dominguez Hills, from which he holds degrees in music, linguistics, and humanities. He currently teaches at Modesto Junior College.

Two for the Road: The Romance and Adventure of RVing in Retirement - eBook