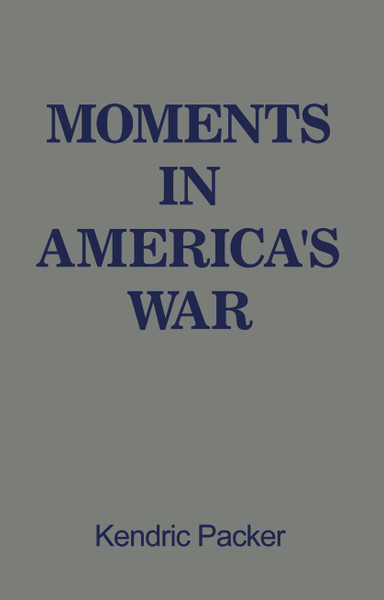 To read a reissue of Harper’s Weekly magazine, each week of the centennial years of the Civil War was, for the author of this book, almost to share a sense of living through that war. One day every week, he could read the latest news of news of those days, presented through fact and through rumor, as it had been to those who did live through it all. MOMENTS IN AMERICA’S WAR is an attempt to pass forward that sense of presence through a collection of poems inspired by some of the things that were happening then. If poetry works, it generates feelings, and it is the author’s hope that a reader’s feeling may, at the end, be almost that of having lived through a war, which, like all wars, once started seemed never to end.

Kendric Packer has been rhyming and punning since he was a child, learning language. Since his early teen years, he has been writing poetry, much of which he has saved, and a little of which he has published. Poetry may always have been his way of trying to make sense of living in this huge world, for which the rules are seldom written down and always seem to be changing. His favorite subject in school was history, ours and the world’s, ancient and modern, and as a history major in college he developed a lifelong fascination for the turmoil of America’s 1850s and 60s. Finally, in his retired years, he has put it all together in this book, in the hope that it might find some willing audience.