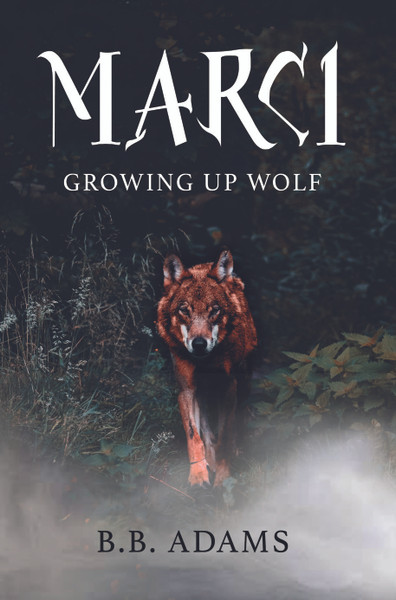 Marci, at fifteen, finds being the new girl in school tough.  With she and her mother constantly on the move, she is never in one place long enough to settle down.  Not to mention… Marci is a werewolf!
Despite being careful to maintain her secret identity at school, she is found by the werewolves that killed her father and when tragedy strikes during her monthly hunt, Marci finds herself in protective custody with the Police Sergeant Lance Ronelli.  She and her wolf are accepted by the crusty old cop and with his aid, Marci discovers a whole new family to love and protect.

B.B. Adams moved to South Florida in 1965 where she met the boy who would become her husband. As the daughter of an ex-FBI agent, she is well aware of the problems caused by constant moving from one school to another. After her children grew up and left the nest, she became a substitute teacher in a middle school, where she worked for sixteen years. Now retired, Adams lives in a small cabin on a lake where she canoes, plays with the dogs, overfeeds the squirrels, and writes.

Beyond the Rainbow (Bergquist)

From Hell to Home: The Final Vietnam Story