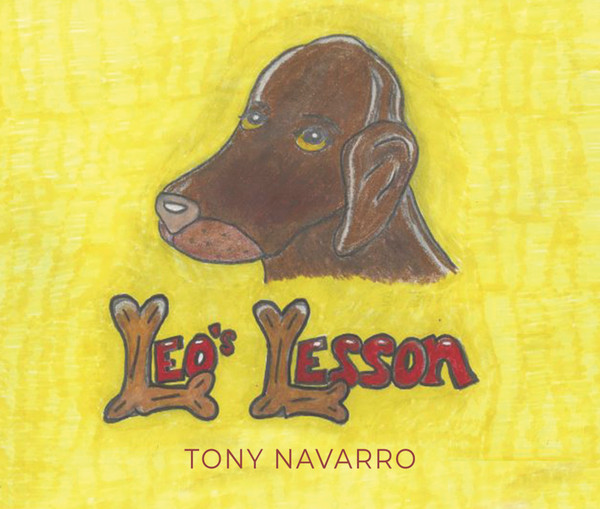 Leo is a friendly Chocolate Lab who loves everyone, especially children! Whenever Leo and his best friend Antonio take a walk, Leo always pulls his hardest to go say hello to all the kids in the neighborhood. But one day, Leo pulls a little too hard and breaks free of Antonio. It’s all fun and games for Leo until he gets lost…and lonely. Read along to find out if Leo is found…and if he learns an important lesson along the way.

Tony Navarro lives in beautiful Santa Barbara, CA. He comes from a Catholic Spanish and Mexican family of seven.  Leo’s Lesson was inspired by his three dogs Leo, Jones, and Harley, all who have gone over the Rainbow Bridge. He now lives with his two black labs, Diego and Francisco, who teach him something new every day.

Cynthia struggled with dyslexia as a child growing up attending Catholic schools. This is when she developed her talent as a cartoonist. Later in life Cynthia attended Santa Barbara City College and shared her talent with the Colleges newspaper, The Channels.

The Author, Tony Navarro met Cynthia in Santa Barbara while managing a Technology Facility. The two became instant friends. They share the same love for dogs and God. Cynthia told Tony that she believed they were meant to meet. She didn't know why at the time but knew they were supposed to do something together. Tony would share stories with Cynthia about his best friend, Leo. After Leo went over the Rainbow Bridge, Tony was left heart broken and felt a big loss in his life. That is when he decided to write a children's story dedicated to Leo. Cynthia was the first person to read Leo's Lesson. Tony asked Cynthia if she would create the Art for the book. At that moment, they both knew why Cynthia felt her feelings about this collaboration. And here it is, the start of a series of books inspired by Tony's own Labrador Retrievers with the first being, Leo's Lesson.

Lessons of the Past