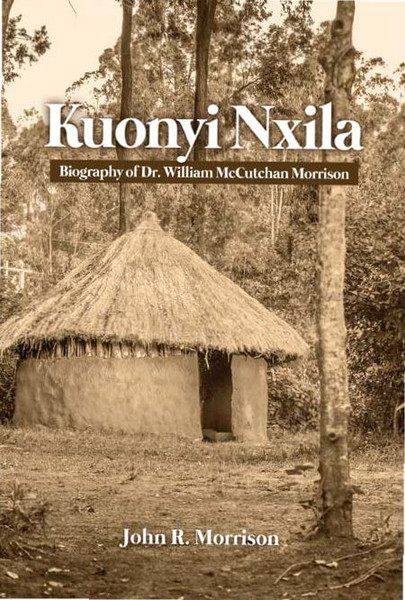 Kuonyi Nxila is a biography of John R. Morrison’s great-uncle, Dr. William McCutchan Morrison. Told from a firsthand views in many situations from William’s personal diary, Kuonyi Nxila discusses different situations taken from notations written in William’s personal Bible. Likely one of the first true human rights advocates in the world, William enlists the help of several well-known contemporaries, such as Arthur Conan Doyle, J P Morgan, and Mark Twain to fight for the rights of the natives in the Congo around 1900.

With the existing racial tensions in the U.S., the relevance is almost scary. The name Kuonyi Nxila was given to William by the natives, literally, meaning, “Don't let our paths to be blocked.” William also expands that to mean “Consider the ramifications of what you do.”

John R. Morrison is seventy-three years old and has lived most of his life in Independence, MO. He graduated from William Chrisman High School and attended college until the war in Vietnam. He worked fifty-four years a paperboy. After surviving colon cancer, he wrote his first book Star Truck, a biographical history of his life for his children.