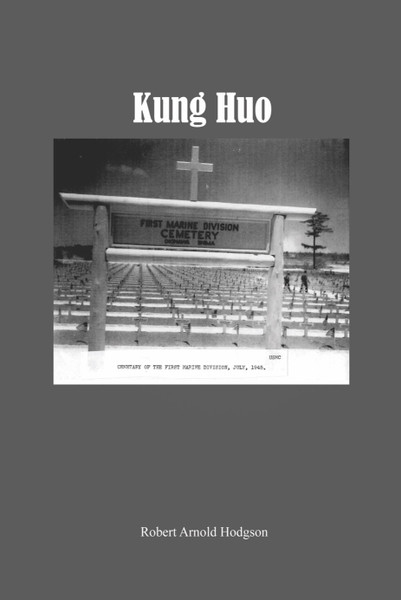 Kung Huo is author Robert Arnold Hodgson’s spirited account of his time in the US Marine Corps, where he served in the Pacific Ocean Theater in WWII. What makes Hodgson’s account unique from other wartime accounts is his artful weaving of his recollection with actual letters he sent home to his family from the war. This blend leaves readers with a detailed look of the highs and lows of wartime through the eyes of a marine. Kung Huo demonstrates how people from different backgrounds were able to work together closely and effectively to achieve a goal. As well, Hodgson’s account shows the high cost of war and how war should only be undertaken as a last resort.

Robert Arnold Hodgson, born in 1924, grew up in Jersey City in a cosmopolitan environment before moving to Baltimore in 1940. In 1943, he joined the United States Marine Corps. After his discharge, Hodgson attended college under the GI Bill. He has a PhD in Geology from Yale University. He had a lengthy career as a field and research geologist and is an emeritus fellow of the Geological Society of America and Sigma Xi and a fellow of the Explorers Club.

In and Out of Form

The Scentimental Love of Charlotte Jones