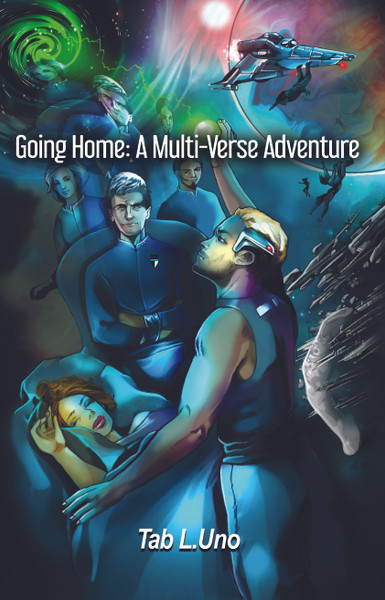 It was supposed to have been the most amazing discovery of alien life after four years in space. But now, the research crew of the Stellar find themselves stranded thousands of light-years from home with nothing to show for their efforts. And worse yet, the crew would be hurtled, careening into space itself, and find themselves lost in multi-dimensional worlds, all the while facing an awesome force that threatens to devour the entire universe.

Going Home: A Multiverse Adventure is the story of space exploration, the power of love, compassion, and empathy and man’s ability to sacrifice himself for others. But above all, it is a story of hope.

A first-time author at age 66, Tab L. Uno has read and compiled a sci fi paperback collection of over 300 books from the 60s and 70s and is currently an amateur movie commenter on IMDb with over 1,500 movie reviews. Mr. Uno has been a licensed clinical social worker for the past 19 years. While a native Utahn, Uno’s parents were interned as Japanese Americans in camps during World War II. Uno’s father was the first minority judge in the State of Utah. His mother published her book about her internment experience in "Gasa Gasa Girl Goes to Camp."

Lessons of the Past