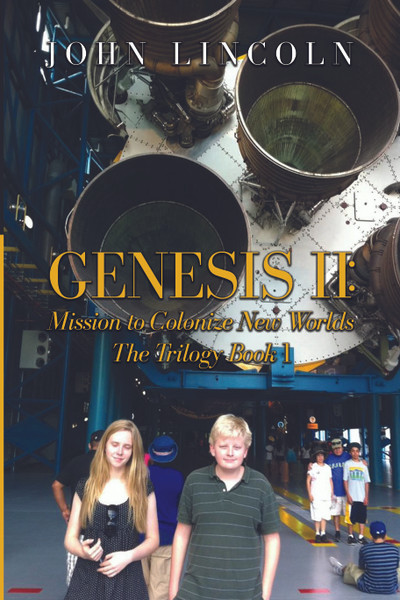 With a fascinating mixture of fact and fiction, Genesis II maps the course of mankind and his development of a unique propulsion system that makes the ambitious plan to colonize the far reaches of space possible.

So far, mankind has developed tiny rockets with exploring devices that have landed on or have gone by other planets and sent back information, but we have only put man in space and on the moon. With research, we’ve learned water is one of the most common substances in outer space; all the asteroids and comets are full of it. In addition, Alpha Centauri has three suns, is our closest star, and has planets of its own. A unique fission engine and rocket ship using uranium ore and water as propulsion will carry humanity to Alpha Centauri. Yes, it will travel at two million miles per hour, exhausting 3000 tonnes of water 180 times, and yes, it will take 1300 years to get there. Read Genesis II and experience this stellar adventure.

John Lincoln was a keen scuba diver and spear fisherman. He obtained a degree in Ocean Engineering in 1974 and worked for other companies in Nova Scotia, Louisiana, Texas, and Australia as a designer and manager of offshore oil and gas and steam power plant facilities. He started his own businesses in 1994—Lincoln Consulting and OES (Ocean Engineering Systems.) OES through innovation became the world’s largest and most prolific subsea pipeline trenching company http://www.oes.net.au/. Lincoln is semiretired while his son runs the company from Australia. Lincoln enjoys writing books and goes diving occasionally and lives a secluded good life with his wife in Key Largo.

Adventures of Jake and Me

Where Ever the World Takes You