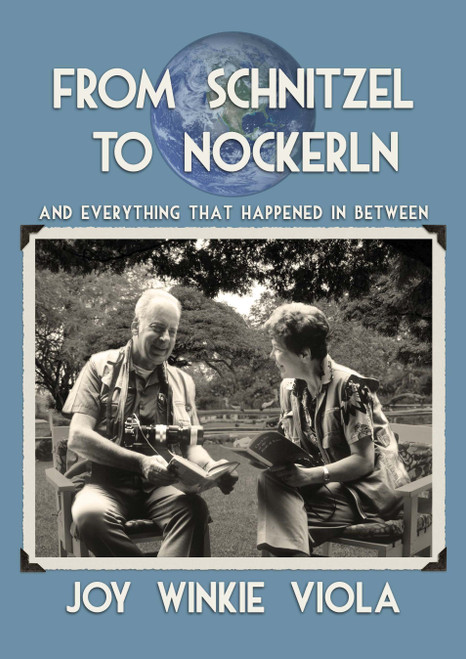 In this thrilling memoir, author Joy Viola paints a tender tribute to her late husband Alfred and the many adventures they shared over their half-century together. Both avid bird watchers and people with a passion for the natural world, the couple visited all seven continents and enjoyed rare views and interactions with some of the world’s most awe-inspiring creatures, from polar bears in the Arctic to penguins in the Antarctic. These intimate travel stories, all taken from Viola’s detailed diary entries, tell of the couple’s experiences in China, Saudi Arabia, Kenya, India, Australia, the Galapagos Islands, Canada, Cuba and Antarctica, and of the unique, beautiful, and often hilarious moments they had along the way.
To learn more about the book and events visit the author’s website at https://joywinkieviola.com/welcome/

Joy Winkie Viola obtained her bachelor’s and master’s degrees from the University of Minnesota’s School of Journalism. Upon graduating, she moved to Boston where she began a 33-year career at Northeastern University in a variety of writing positions, including seven years as the senior editor of the ten-volume International Encyclopedia of Higher Education compiled there. She also authored three books, the story of one, based in Saudi Arabia, is detailed in Chapter 4 of this book. She met her chemistry professor husband, Alfred, at Northeastern, and together they began a life-long hobby of international travel, nature photography, and birding with each having over 2,300 species on their respective birder's Life List. Devoted to golden retrievers since childhood, she has raised nearly $4 million for Golden Retriever Rescue and canine cancer research, in recognition of which she received the Verne Bower Humanitarian Award from the Golden Retriever Club of America. She lives in Wayland, MA with her golden retriever, Apollo, and Anna, part black Labrador and part pure mischief!