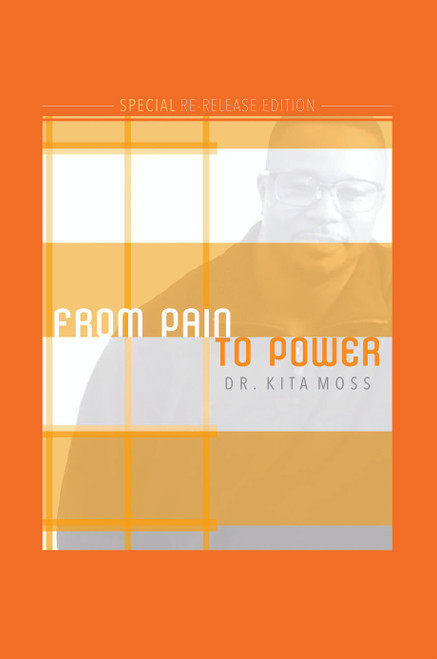 “It is a prophecy to all that hearken to the Lord, that the very limp, thorn or cancer that has plagued you, will be that very thing that catapults you to greatness in Christ.”

From Pain to Power is an inspirational account of author, Dr. Kita Moss’s journey through failure and setback to success. In this memoir, Dr. Kita Moss details his experiences and lessons learned through overcoming obstacles and even a period of incarceration. While incarcerated, Dr. Kita Moss witnessed the power of God in his life, resulting in his release and offer of a second chance at a successful life.

Dr. Kita Moss hopes that others will be inspired and empowered as he shares his experiences—pitfalls and successes.

Dr. Kita Moss attended the Albany State University College in Albany, GA from 1996-1997, he then transferred to the Alabama State University Institution in Montgomery, AL through 1999. He also attended the Beacon Theological Seminary Institute in Columbus, Georgia where he obtained an Honorary Doctorate in Biblical Studies/Christian Counseling. Dr. Kita Moss founded a youth mentoring organization out of his hometown of Dothan, Alabama. They are called The Prodigal Sons of Faith.

Dr. Kita Moss is a redeemed man and his primary ambition is to reach the sinner, wherever he or she is, and to teach the saint within where he or she needs to be in order to fulfill every obligation of the Kingdom. Dr. Moss is married to Lady Shewanda R. Moss and they currently reside in Montgomery, Alabama.

In The Glory Zone