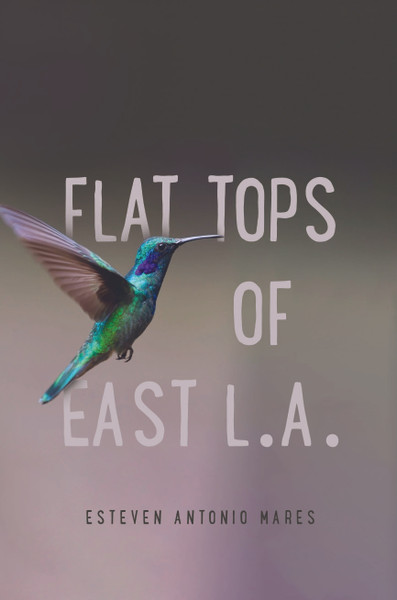 Flat Tops of East L.A. tells of the adventures of a cholito named Tiny. Taking on the historical heart of ancient Mexican culture with total regard and respect, Estevan Antonio Mares captures in his work the meaningful aspects of his own experiences as a Mexican American and the love of family and friends that permeates throughout. These foundations provide the stronghold for Tiny to take a fantastic journey through time and space, confronting good and evil.

Esteven Antonio Mares was born in Denver, Colorado, and grew up in Los Angeles. Growing up in L.A., he was definitely part of the scene—as a cholo in the early ’70s to being a metal and punk head in the ’80s—playing guitar in a punk and metal band. He returned to Denver right before his twenty-first birthday.

It was in Colorado State Penitentiary where he educated himself on ancient Mexican culture and even learned a little of the native tongue, Nahuatl. He served fourteen years in prison of a twenty-year sentence, of which eight years were spent in the administrative segregation unit. It was there he had a dream of a young cholito named Tiny, the main character of Flat Tops of East L.A.

How I Got My Gray Tooth

The Jobfather Chronicles: Breadcrumbs on the Trail of Right Livelihood