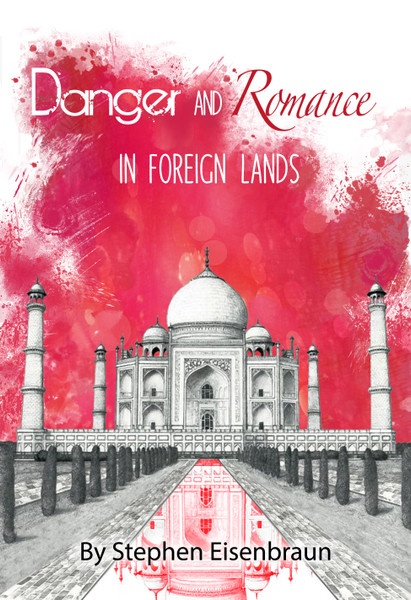 Danger and Romance in Foreign Lands
by Stephen E. Eisenbraun

To see the world, to report political intrigue and corruption abroad, to take the gifts of white privilege and freedom as an American citizen and do something worthwhile—these are the ambitions of Scott Higgins, a young American foreign correspondent in South Asia who becomes caught up in dramatic political events in Bangladesh and Pakistan in the 1970s. It is in India that he also makes an unexpected connection with Rakhi, a smart, savvy, and sultry woman who is also a banking professional. Together Scott and Rakhi move to Nairobi, where, even as newlyweds, their lives and welfare are seriously threatened in the exotic country of Kenya. Later, after an extravagant honeymoon in Paris, their last assignment is in London, where Rakhi’s career blossoms, but not without its severe troubles.

About the Author
Stephen E. Eisenbraun is a retired Foreign Service Officer whose assignments overseas included Bangladesh, Pakistan, Sierra Leone, and Kenya. His Washington assignments included, among other offices, the India desk, the Tunisia desk, and the combined Kenya and Uganda desks. Eisenbraun was a political officer during tumultuous times in South Asia when India, Pakistan, and Bangladesh experienced political turmoil, including an Air Force mutiny in Bangladesh and the burning of the U.S. Embassy in Pakistan. Eisenbraun was Deputy Chief of Mission in Sierra Leone and Principal Officer/Consul in Mombasa, Kenya. In Washington, Eisenbraun also worked on the staff of the Senate Foreign Relations Committee. Prior to joining the Foreign Service, Eisenbraun studied Hindi at Delhi University in India under the auspices of a fellowship from the American Institute of Indian Studies. He has a master’s degree in International Relations from the Johns Hopkins University’s School of Advanced International Studies. In retirement, Eisenbraun continues to work as a consultant to the Department of State as the Editor in Chief of the Department’s annual Country Reports on Human Rights. He is a past Chairman of the Editorial Board of the Foreign Service Journal.

"Stephen Eisenbraun’s debut novel captures an ill-fated love story that spans continents, cultures and tumultuous decades. The couple, Scott Higgins and Rakhi Sheshadri, manage to overcome cultural barriers to build a relationship only to see it fall victim to career demands and time zones. The author’s experiences as a foreign service officer provide the “danger” promised in the title and which punctuates Scott and Rakhi’s life together.

Danger and Romance in Foreign Lands works on two levels. Scott and Rakhi’s love story is compelling and background events such as the 1979 burning of the American Embassy in Islamabad, Pakistan are captured in stark detail. My decades of experience in South Asia tells me that the descriptions were crafted by someone who was near to the events recounted in the book. Both narratives are interwoven so that the reader is compelled to turn the page to find out how the lovers’ relationship evolves and what new dangers await them. The novel left me wanting to know more about Scott and Rakhi’s’ lives together and apart and what other adventures they might have encountered. There must be a follow-up novel, if only to recount Scott’s later life as globetrotting journalist turned college professor.

Episodes clearly drawn from Eisenbraun’s own adventures give readers a glimpse into the mysterious world occupied by diplomats and other professionals posted to faraway places. The book deftly captures the complex interactions of expats and local communities as well as the many and oftentimes surprising forms that danger may take.

The Price of Salvation

Life's Journey: A Young Italian Peasant in 1899 Travels to South Philadelphia Searching for a Better Life and Love

Another Wisconsin Winter: I Might as Well Write a Book

Ancient of Days (Author of All You Survey)