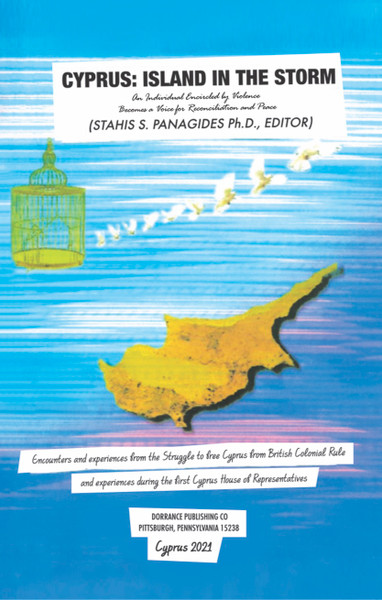 In this English edition of the original Greek book by Dafnis Panagides, «Πικροδάφνες» (Bitter Leaves of Laurel), a significant life is revealed.  Set in Cyprus during the turbulent years from 1954 to 1974, this remarkable book uncovers how Dafnis evolved from being a patriot/terrorist to an internationalist/humanist. His religious awareness evolved beyond the confining borders of the Orthodoxy of Cyprus to the engaging values of broader Christianity. His patriotism shifted from ethnocentric, narrow, fanatic Greekness to an appreciation of the Hellenic culture's universality.

The important message from this book comes from Dafnis' life journey, his encounter between violence and peace, and his revealing of how, from the violence and distrust between the Cypriot Greek and Turkish communities, it is possible to reach peaceful coexistence and cooperation as Cypriots, while maintaining their distinct identities.   There are lessons for the turbulent Eastern Mediterranean, and especially for Greek- Turkish relations, and beyond.

Stahis Solomon Panagides, the author of this edition, is Dafnis’ brother. He is an economist with extensive experience in international development and conflict resolution, having worked with the World Bank, the Organization of American States, the Ford Foundation, and the University of California (Berkeley). He served as the Resident Country Director of the Millennium Challenge Corporation in Cape Verde, a U.S. Federal development agency. He is a founding member of Esquel Group Foundation, an institution dedicated to civil society participation and sustainable development, with affiliates in Latin America.

In 1954-56, he served as the EOKA (National Organization of Cypriot Fighters) youth leader of his high school during the Cyprus liberation struggle against British Colonial Rule and for its Union with Greece.

Tales of a Blue Water Cruiser

Land of the Gnomes

Life's Journey: A Young Italian Peasant in 1899 Travels to South Philadelphia Searching for a Better Life and Love