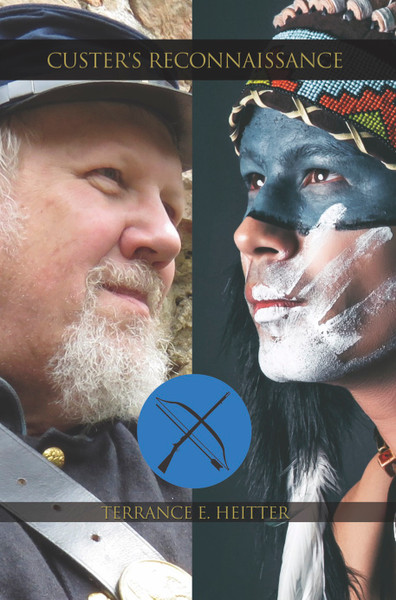 This is the most logical and factual study ever written about General George Armstrong Custer and his actions at the Battle of the Little Big Horn.

In 1968, the author, Terrance E. Heitter, while in service with the U.S. Army stationed at Ft. Riley, Kansas, volunteered for duty with the 1st U.S. Cavalry Division (airmobile) in Vietnam. Once overseas, he volunteered for the 7th U.S. Cavalry Regiment and was assigned to Company C  2nd Battalion 7th Cavalry. He says that it was an honor and a privilege to have served with those real-life heroes in combat. Those men were and are very special.

After Vietnam, Terrance E. Heitter was sent to West Germany and assigned as an infantry company commander in the 4th U.S. Armored Division. He returned to the United States and attended the Infantry Officers Advanced Course at Ft. Benning, Georgia. Afterward, he was again sent to Ft. Riley, Kansas, this time for duty with the 1st U.S. Infantry Division. He worked in the G-3 section (operations and training).

In 1972, Terrance E. Heitter left the service and attended school at Illinois State University, receiving a Batchelor of Arts Degree in Business Administration. While attending school, he served with the Illinois National Guard.

Throughout his lifetime, reading military history was his big interest and his big passion for reading was about the Battle of the Little Big Horn.

My Shattered Garden: A Memoir

My Big Brother Is a Superhero

Achieving What You Want!