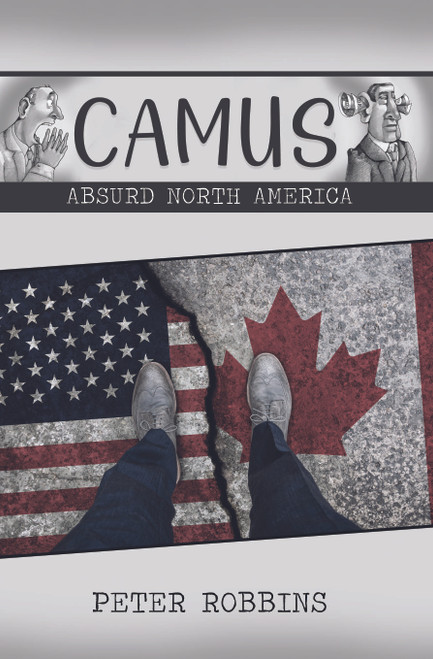 CAMUS: Absurd North America is intended as a humorous comparison of US and Canadian political language and culture —more entertaining than enlightening. Some of its topical references will inevitably lose topicality because of the unstoppable flow of political and other events. Two aspects of it may be of special interest: aboriginal affairs, in Canada mostly; and Social Credit government in BC, a curiosity for most Canadians too. One take-away might be a "philosophical" (in both senses of that word) reaction to politics.


Peter Robbins is a widower with six grandchildren. He lives in an apartment overlooking one of the most beautiful city parks in the world, whose plant and animal life is a source of continual joy and fascination. He feels a little badly for people on the other side of the Strait of Juan de Fuca, as rain clouds replenish municipal reservoirs in the Sooke hills west of Victoria, then dump the bulk of their load on Port Angeles.

This book owes something to both former students at UVic and former colleagues at the provincial legislature, none of whom will, quite rightly, want to be acknowledged as having any connection whatsoever with any of its (the book’s, that is) contents.

Notice: All Non-Employees Should Wash Their Hands