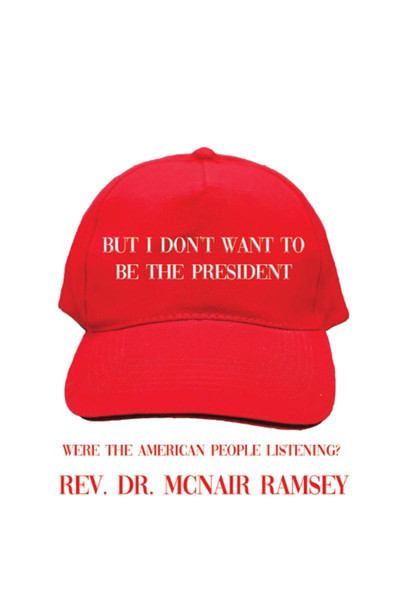 But I Don’t Want to Be the President

Were the American People Listening?

Through an examination of the character, lifestyle, and actions of the 45th President, this book breaks down how he showed the American public that he did not want to be the President at all.

This book emphasizes the importance of maintaining a democracy and the need to vote for capable individuals who will respect the laws and documents that govern our nation. Voters will be reminded of what can occur when we do not elect capable, moral, and proven individuals to leadership roles.

If the American people were not listening when the 45th President was elected, they should listen now.

Rev. Dr. McNair Ramsey, known to all his friends and schoolmates as Tony, is the second oldest of seven children. At an early age in life, his now-sainted grandmother Emily declared (one might say decreed) him through the words: "This boy is going to be a preacher." The Lord, through the power of the Holy Spirit, enabled those words to come true.

Through dedicated studies in Lutheran Christian elementary schools, high school, and college as well as in secular universities, McNair became the first of his family to achieve a college education, earning his Educational Doctorate. He has used his blessings to assist others by serving in schools in Indiana, Michigan, California, and Alabama.

He is married to JoAnn Abner and they are blessed with three daughters, five grandchildren, and two sons-in-law. All glory and praise be given to the Lord as He continues to bestow His blessings upon McNair and the completion of this book.

I Want a Love I Can Feel - eBook