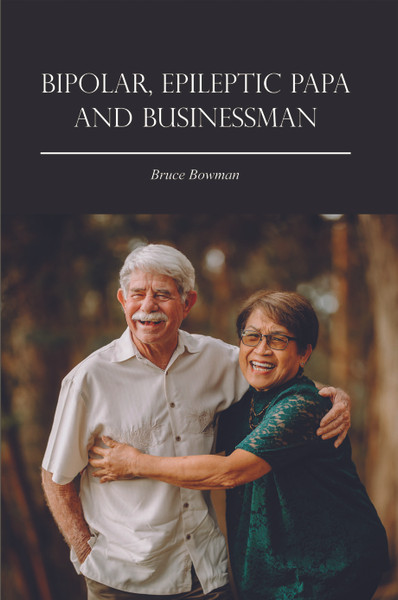 Having very little insight into the lives of his grandparents and parents before his birth, Bruce Bowman has written an account of his life in an effort to share his experiences with his wife of forty-eight years, three children, and ten grandchildren.

Bipolar, Epileptic Papa and Businessman is that account. It begins with an overview of his family history. Born in 1948 along with his twin sister Bonnie, the two joined their other three sisters, Pat and Pam also twins, at three years old, and Julie the eldest at 6. Bruce decided at an early age he was all boy and was very independent of his four sisters. He sheds highlights on his youth and as he grows and becomes more independent. Things were quite different in the fifties and sixties and this book is interlaced with nostalgia during his life. Shortly after marriage, he was diagnosed with transient epileptic amnesia and later went through recurring bouts of bipolar depression. The depression was especially tough while running his business on Maui.

Bruce Bowman grew up in Rosemead, California, a suburb near Los Angeles, and got a Bachelor of Science degree from Cal Poly University in 1971. After working for six months in Los Angeles he was transferred to Hawaii. He and his wife, Evelyn have been married for forty-eight years and have two beautiful daughters and a handsome son, and 10 grandchildren. (See below) Bruce and Evelyn love Maui and being close to their family. Bruce is an avid gardener, and Evelyn is an avid cook. They enjoy going on bus tours to various locations in the United States and across the globe.

MARGIE: My Life with Bipolar

Invisible or Not: The Young Girl that Perceived Herself as Invisible

God's Love is Forever: Food for the Soul

Mosaic Pieces: Surviving the Dark Side of American Justice