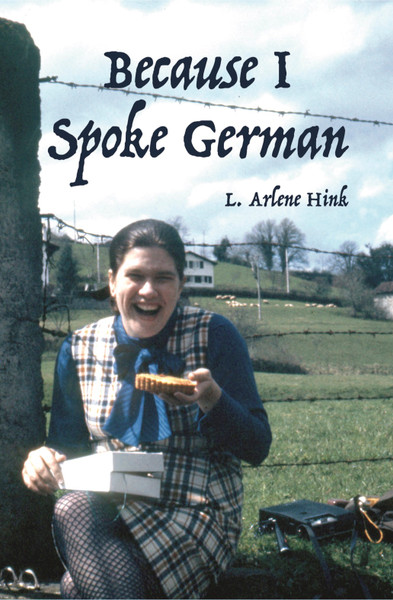 While growing up in World War II-era San Francisco, the author always wanted to learn the German language to be able to speak with her father’s family in Germany, even though her father insisted that only English be spoken in their home. Thanks to her professor suggesting she become a German teacher, the author studied the language, and that decision opened an expansive new world to her.

Because I  Spoke German is a lighthearted account of the adventures and misadventures of a naive young American widow, and how her first trip to Europe in 1964–65, where she lived with and conversed with her paternal extended family, impacted and enriched her entire life.

L. Arlene Hink has traveled extensively overseas. With a Master’s degree in Resource Economics from the University of Alaska in Fairbanks, she taught at Yakutsk State University, living and working with her husband during the 1990s in Siberia and the Russian Far East. Those experiences are described in her book “Beyond the Trans-Siberian.” Today at eighty-two, Hink lives contentedly in Alaska, where her two daughters and their familis also live. She is thankful that she was able to travel when she did and recommends independent travel and knowledge of at  least one language besides English to converse with “ordinary” people along the way.

I Don’t Like…Because I Love