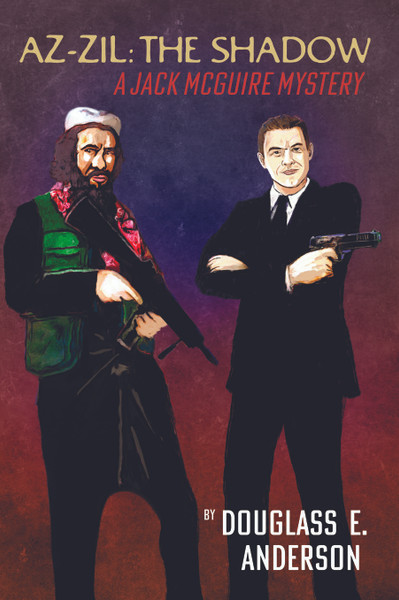 It's January 19, 1991 in southern Iraq. Ata al-Hassani, a 14-year old boy, stands on a hillside overlooking his small Iraqi Village and "The Highway of Death". He watched as the U.S. and its Allies attacked the retreating Iraqi Army and saw his home and family destroyed. He vowed to somehow avenge them against "the Great Satan". As time went on he became a successful al-Qaida warrior known worldwide as "Az-Zil: the Shadow".

A team of terrorists led by Alex Umarov, "the Commander", break into a Russian Submarine Base at Novorossiysk, Russia on the Black Sea. They steal two Nuclear Suitcase Bombs, throwbacks to the cold-war era and they eventually find their way into the hands of al-Qaida.

The CIA uncovers an imminent al-Qaida attack on the U.S. Embassy in Lebanon and they assign to their Agent, Jack McGuire, to handle it. His investigation discovers evidence of other threats aimed at the United States and he scrambles to prevent an attack closer to home.

Douglass E. Anderson was born in Nebraska in 1939 but before his first birthday, his family moved to Oregon where he grew up. He enlisted in the U.S. Navy out of high school and is a veteran of nine years in the Navy Submarine Service, serving from 1958 to 1967. After the Navy, he worked as an engineer. He married Sharon Sullivan, a registered nurse, in 1965 and together they have three boys: Scott, Steven, and Wade. When not writing, Anderson enjoys woodworking, leathercraft, and sailing around the lake on his pontoon boat. He is now retired and is developing his second novel.

What Are You Doing?