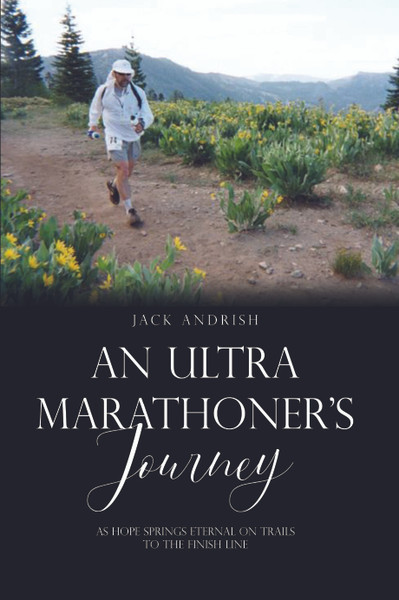 LACE UP YOUR RUNNING SHOES and get ready for an outdoor biographical adventure like no other. Jack Andrish has been running ultra marathons since his son introduced him to trail running in the 1990’s. Running alongside his supportive family, Jack has enjoyed one surreal experience after another while attempting the hundred-mile feat. But above all, he’s learned that no matter how far you get into a one-hundred mile event, each run is a unique and mystical experience worth cherishing.

JACK ANDRISH is a recently retired orthopaedic surgeon from the Cleveland Clinic. After fifty years spent as an orthopaedic surgeon as well as tending to his small farm, he now enjoys exploring personal hobbies such as downhill and backcountry skiing, hiking and of course, running. Andrish first began running marathons in his forties, but that late start didn’t stop him from pushing his limits in his fifties with trail running and ultra marathons. He has completed ultra marathons on mountain trails with distances from 50 K to 100 miles, often times accompanied by his wife, son, daughter, son-in-law, and grandkids, all of whom have embraced these lifelong passions and are his support and cheer squad.

Let That Cancer Go: A Guidebook for Leaving Negative Thoughts Behind and Finding Your Joy Again

Mission Road: A Journalist’s Life from Kansas to Kandahar