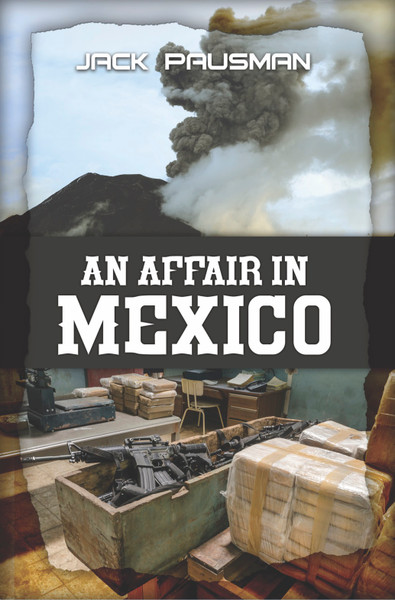 A dedicated family man finds himself in a dangerous and deadly situation and seeks advice from a priest and encounters agents from the U. S. Border Patrol.  Forced into contributing to the efforts of a northern Mexico cartel, a part of his family history is revealed which holds him and his family in the cartel’s grip.  He is embedded in a situation in which he wishes no part.  An Affair in Mexico is a sweeping account of mystery, suspense and danger as forces—good and evil struggle to take down or cash in on the illegal drug business upending numerous lives from the southwest to the northeast United States in the process.

Jack Pausman was born in Petersburg, Virginia and grew up in Jacksonville, Florida. At an early age, he developed an interest in flying and the military. He studied Political Science at The Citadel.  After leaving the school he loved, he pursued his career in the Air Force.  His dream of becoming an Air Force pilot did not come pass and spent his abbreviated career in the Strategic Air Command.  The next phase was in business where he managed eighty million dollars for clients and writing white papers on investment strategies. Jack Pausman has spent thirty-four years in the financial services arena and while pursuing a successful career, he became interested in the area around southwest New Mexico to southeast Arizona.  The origin of the Gadsden Purchase peaked his interest about the size of drug shipments that cross the US border every year.  His research included interviews with law enforcement and Border Patrol Agents as well as principals at the Laredo, Texas office of the U S Border Patrol.  He made trips to Mexico for background.  His research found the devastating harm visited upon citizens and government officials by the cartel.  The topical nature of this subject is brought in full to the reader through his novel.

Behind the Flashing Lights

A Sweet Goodbye to the Friend in My Head: It's a Different Day