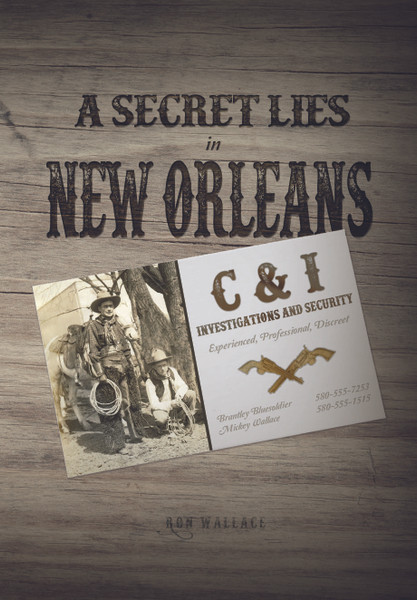 When 96-year-old retired U.S. Marshal and co-founder of Cowboys and Indians Detective Agency, William Matthew Wallace, receives a painting signed by his long-dead father in the mail from his former colleague living in New Orleans, an eight-decades-old family mystery unravels, and his son and godson are sent to investigate the circumstances for him. From pre-statehood Oklahoma into the turn of the twenty-first century, the family’s secrets are brought to light as a modern crime evolves from the past.

Ron Wallace is an Oklahoma native and currently an adjunct instructor of English at Southeastern Oklahoma State University, in Durant, Oklahoma, where he was born and raised. His father served as a police officer there, rising to the rank of captain.  He is the author of ten books of poetry, five of which have been finalists in the Oklahoma Book Awards with Renegade and Other Poems winning the 2018 Oklahoma Book Award. Influenced by the styles of Robert B. Parker, Peter Bowen, and James Lee Burke, his novel, A Secret Lies in New Orleans is the prize-winning poet’s first venture into prose, although a second book is nearing completion.