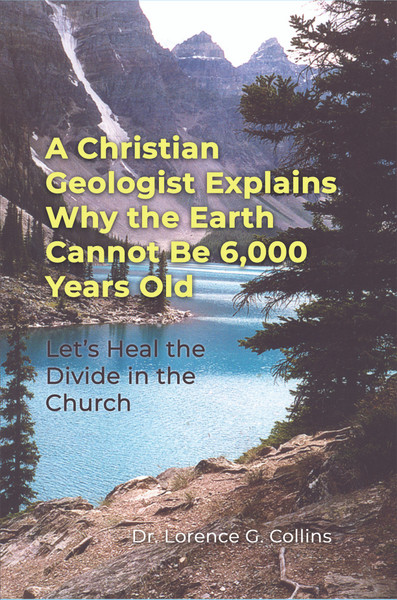 This book is about the geology of the Earth. Written by a fully committed Christian, it asserts that accepting the knowledge provided by studies in science is in no way in conflict with following the teachings of Jesus. If a Christian understands how God has done his creation, then he/she can be a better steward in taking care of the Earth and its life.

The general themes of the book are: to expose the false beliefs of young-Earth creationists regarding the age of the Earth being 6,000 years old and that Noah's Flood must have been worldwide (global) in extent; and to suggest that the Bible is not a science text. The contents of this book can be understood by both people trained in science and those who have no background in science.  It is intended to give a valuable source of insights about how science works; to provide a way to support and guide a Christian witness to the world, and to be a “bridge” to make this possible.  As Christians, our greater mission is not to battle over divisions in religious beliefs but to heal the sick, feed the hungry, minister to the abandoned, and so on.

Dr. Lorence G. Collins is a retired professor of geology, having taught at California State University Northridge. In addition to geology, he taught mineralogy, petrology, and photogeology for 33 years.

Collins is a member of the United Methodist Church in Thousand Oaks, California.

This is his first published book. He had an article published in National Geographic magazine in 1966, titled “Finding Rare Beauty in Common Rocks.” He and his late wife, Barbara, co-wrote many of the articles on his website, Opposition to Creationism, http://www.csun.edu/~vcgeo005/creation.html.

Back in April, I offered a number of free copies of a new book written by Dr. Lorence Collins, a retired professor of geology and a member of The Clergy Letter Project’s list of scientific consultants. The book is entitled A Christian Geologist Explains Why the Earth Cannot be 6,000 Years Old: Let’s Heal the Divide in the Church and it generated quite a bit of interest among Clergy Letter Project members.

I’m delighted to say that the book continues to receive well-deserved attention. Indeed, the July/August issue of Skeptical Inquirer has a piece explaining the book’s premise and presenting some of its conclusions.

The book may be the perfect one for you to consider as you plan an Evolution Weekend event. It is written for a non-technical audience (although it has plenty of references for scientists interested in the issues discussed). In addition to explaining how the geological record does not support a young earth interpretation, Larry provides a clear and useful explanation of evolution, differentiating between the “record,” “process,” and “theory” of evolution. He also analyzes how great apes are related to humans. Perhaps most importantly, the book explains the process of science and makes the case that scientific knowledge does not – and cannot – conflict with religion, except when religion takes on its most fundamentalist form.

The book can be purchased directly from the publisher.

Why Christian Faith Is the Solution, Not the Problem - eBook